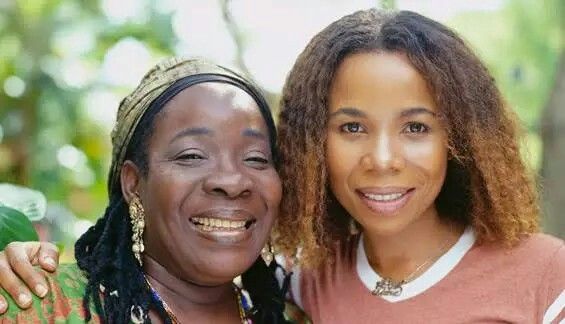 Cedella Marley shuts down rumours that mom Rita is dead

Cedella Marley has taken to Facebook to shut down rumors which are being circulated on social media, that her mother Rita Marley, widow of Reggae icon Bob Marley, is dead.
On Saturday afternoon, she posted a 37-second video on her Facebook page of herself and her 74-year-old mother chilling, with the sounds of Bob Marley’s music emanating in the background.

“Good morning. I love you,” Rita said, following which Cedella responded: “She loves you. She loves you.”
“Give thanks and praise the morning is nice; it’s lovely outside. I hope you are listening to Bob Marley radio on SiriusXM. That’s what’s up. Git it Mom,” she said to her mother who responded: “Everytime”.

This is not the first time that rumors have circulated about the death of the One Draw singer. In 2016 after she suffered a stroke and was hospitalized in the United States, the internet was flooded with stories that she had died.
Born Alfarita Constania Anderson on July 25, 1946 to parents Cynthia “Beda” Jarett and Leroy Anderson in Cuba, was adopted by her Aunt Viola a well-respected seamstress after her parents separated, according to theRita Marley foundation’s website.

Rita who lived in Trench Town Kingston and met Bob whilst in her teens and they later got married on February 10, 1966. She was a member of the backing vocalist trio “I Threes”, who supported the “Bob Marley and the Wailers” as back-up singers.