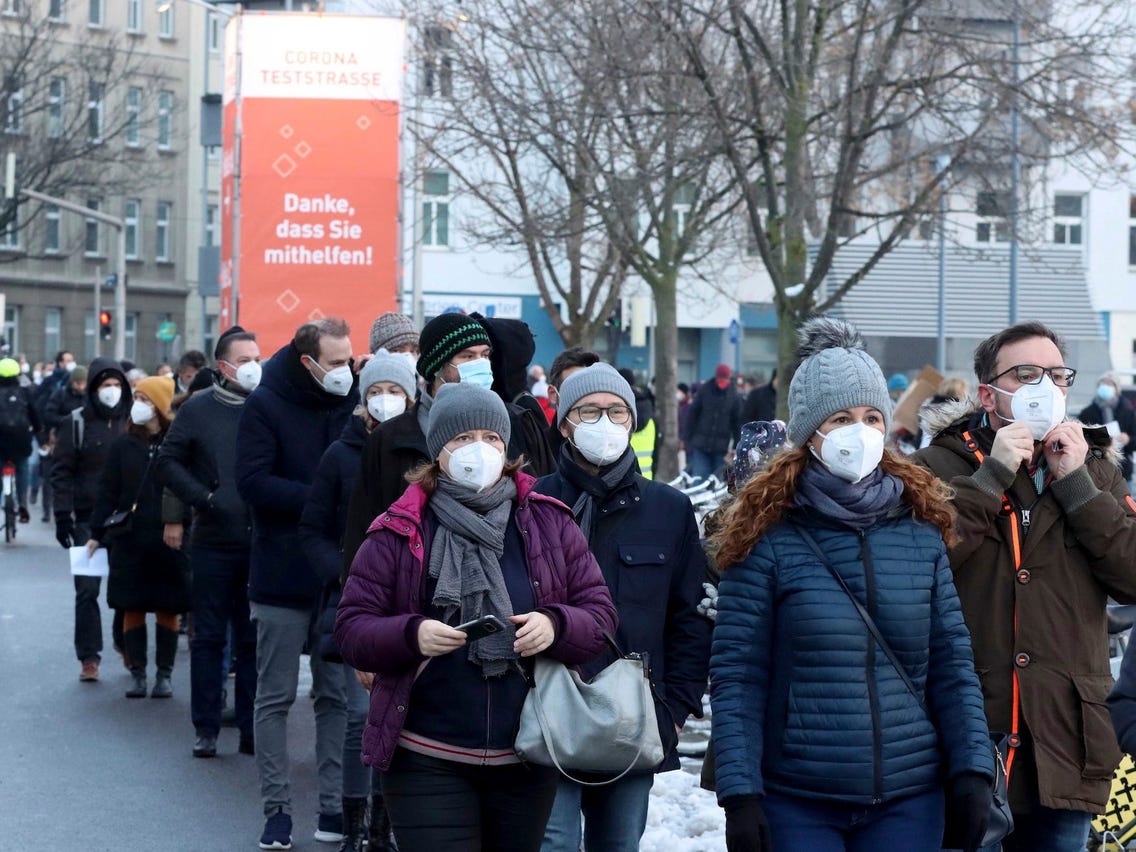 Austria is placing about 2 million unvaccinated people in lockdown from Monday amid record infection levels and growing pressure on hospitals.

“We are not taking this step lightly but it is necessary,” Chancellor Alexander Schallenberg said.

Unvaccinated people will only be able to leave home for a limited number of reasons, like working or buying food.

About 65% of Austria’s population is fully vaccinated, one of the lowest rates in western Europe.

Meanwhile the seven-day infection rate is more than 800 cases per 100,000 people, one of the highest in Europe.

Overall, Europe has again become the region most seriously-affected by the pandemic and several countries are introducing restrictions and warning of rising cases.

The unvaccinated were already barred from visiting restaurants, hairdressers and cinemas but will now be told to stay at home.

“In reality we have told one third of the population: you will not leave your apartment anymore apart from for certain reasons,” Mr Schallenberg said.

“That is a massive reduction in contacts between the vaccinated and the unvaccinated.”

The government says police will carry out spot checks in public spaces to determine their vaccination status.

The new measures – which do not apply to children under 12 or those who have recently recovered from Covid – will initially last for 10 days, Health Minister Wolfgang Mückstein said.

Some critics have questioned whether the move is constitutional. The far-right Freedom Party has said it will create a group of second-class citizens.