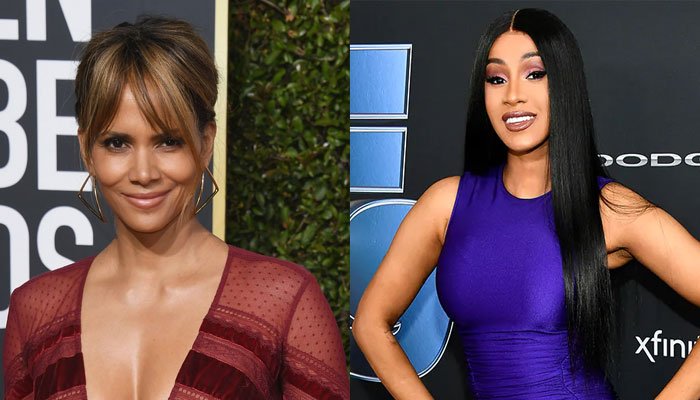 Cardi B wanted to bite Halle Berry after meeting her

Cardi B is spilling the tea on Halle Berry.

The “I Like It” rapper, 29, reminisced about meeting the Catwoman actress for the first time while collaborating on Berry’s film Bruised, which is released on Netflix later this month.

In honor of the collaboration, the pair sat down for a segment called 5 Rounds, where they asked each other about some “spicy topics,” Berry wrote in an Instagram post on Thursday, sharing a clip of the Q&A.

“Sooo guys I can’t believe I met Halle Berry…and let me tell you this tea, her skin is so soft…I wanted to bite her shoulder,” the “WAP” rapper wrote.

This isn’t the first time Cardi has geeked out about her favorite fellow celebrities. Last week, she raved about meeting Robert Pattinson in a video posted to Twitter. “Look who I met the other day! I felt like a teen!” Cardi wrote.

“Come on. Look at my friend, guys,” she said to the camera as she fixed her hair before Pattinson, 35, leaned into the frame. Cardi screamed in excitement as the Twilight star stuck out his tongue.

The exchange began when a fan posted a throwback video of the Gossip Girl alum, 35, explaining why he admires people who are good at social media. “Cardi B is a great example of that. She has such an authentic relationship [with social media],” he said in the clip.

“OOOOMMFFFGGGGGG HE KNOWS ME !!! OMMMGGGG!!!!!! Yoooo like I’m famous famous,” Cardi wrote in a quote tweet before Badgley responded with one of his own, writing: “I-” The pair has since changed their Twitter profile photos to images of each other.

Badgley also had a gift sent to the Hustlers actress, complete with a note that referenced her hit single “WAP” in the voice of his homicidal character Joe Goldberg. “Hello, you… My stalking and killing may make me a certified freak, seven days a week, but it also brought me to… you,” the note read.