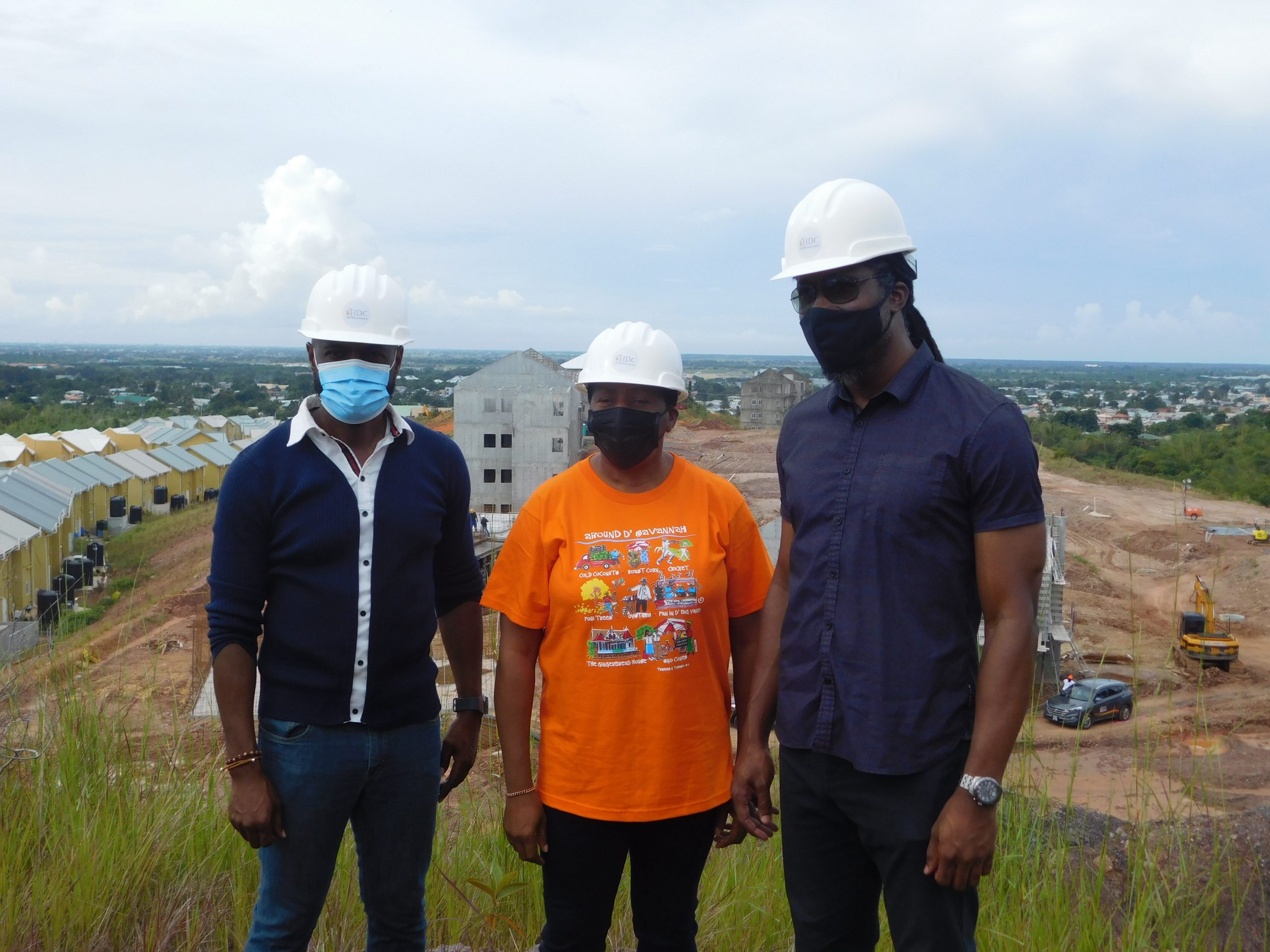 Housing and Urban Development Minister, Pennelope Beckles led her colleagues on a tour of seven (7) Trinidad and Tobago Housing Development Corporation (HDC) sites, in an effort to have a deeper understanding of the status of the housing projects in East Trinidad.

At RidgeView Heights, Bon Air, the group was able to see the progress made at this expansive development which has a total yield of 384 townhouses and apartments.

To date, 150 apartments and townhouses have been completed at this mixed development and others are at various stages of completion. South of this community, at Woodstar Villas, the HDC’s new housing design was used in this 60-unit townhouse community.

In Malabar and D’abadie, there are five (5) sites which will provide 36 single family units as part of the Small and Medium Contractors (SMC) Housing Initiative. The Boys Lane and Holly Betaudier Avenue SMC sites were visited and the officials were able to assess the status of the projects. These homes, which are at advanced stages of construction, are being done for individuals and families who earn under $9,000 and are unable to service a mortgage upward of $500,000.

In addition to addressing the demand for housing by low income earners, Minister Beckles  said this initiative will stimulate economic activity, mobilise the capacity in the construction sector and create jobs.

Small and medium builders will therefore benefit greatly from this initiative.

The officials also visited Carina Gardens, Arima, where 108 townhouses were completed and allocated during the period 2018-2019. At Trestrail Lands, D’abadie, which has a total yield of 852 housing solutions, a mix of townhouses, single family houses and apartments are being constructed. The officials were able to view the 184 single family houses and townhouses which were completed and allocated over 2018-2020 and also observe the current construction that is in progress.

In her brief remarks, Minister Beckles indicated that “this current Government’s housing policy, caters to the low income earner, the middle income earner and the young professional, who may be just starting his/her career and has more disposable income.”

“It is the Government’s hope that with this new approach, individuals at the various income levels and socio-economic standings, will each have an opportunity to qualify for state-subsidised housing,” said Minister Beckles.

With specific reference to the tour, the Housing and Urban Development Minister stated that these site visits are critical because they allow her to view the projects and see how they connect with the policy directive of the Government.

She further stated that she is impressed with what she has seen thus far and is looking forward to the completion of these houses which will provide additional shelter opportunities for individuals and families who rely on the Government for assistance.

An estimated 1000 houses which were seen today, will soon be completed and allocated to the applicants on the public housing database.

British Royal Family to Hire Someone to Spearhead Diversity 0