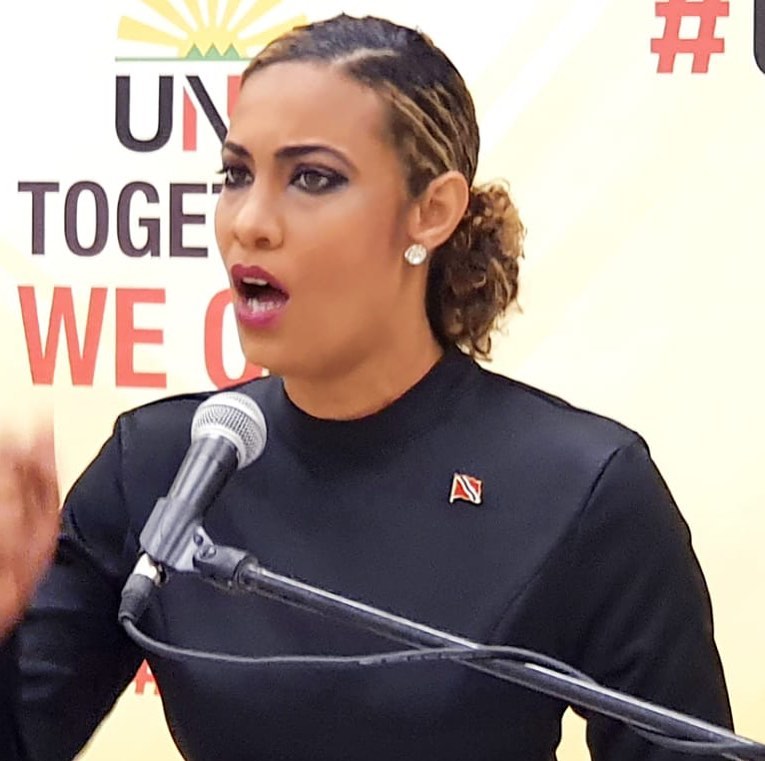 MP for St Augustine and United National Congress (UNC) member Khadijah Ameen, is questioning the motive of the Prime Minister as it relates to his plans to upgrade Siparia into a borough.

At a press conference on Saturday, Ameen said she believes that this is a political ploy to create a “PNM leaning” in the constituency held by Opposition Leader Kamla Persad-Bissessar.

She said “There’s a concern that the PNM deciding to name Siparia a borough could be an indication for the intervention of the EBC to interfere with the boundaries to create electoral districts and municipalities that would favour the PNM.”

Ameen added, “The UNC believes that changing regional corporations to boroughs must not be cosmetic.
“It must not simply be a name change, it must not simply be calling the chairman “His Worship”…it has to have development objectives that will tie into the national agenda.”

Chairman of the Siparia Regional Corporation Dinesh Sankarsingh, also had issues and asked, “Apart from a change of name, what does it mean? How is the regional going to benefit from a change in status? Will resources be better utilised elsewhere? How does it impact the community and how does it benefit the community?”

Sankarsingh said Saturday’s press conference was not an attempt by the UNC to discourage plans to make Siparia a borough, but it was called to ask the government for more clarity on the proposed change and how it will both negatively and positively affect burgesses.

Loading...
Newer Post
Economist warns that prices will continue to rise in the short term
Older Post
Until a PSC is established, Ag CoP McDonald Jacob will lead the service, says PM

Ciara partners with Trini entrepreneur on Ten to One Rum 0

TT’s first dose vaccine supplies about to run out 0