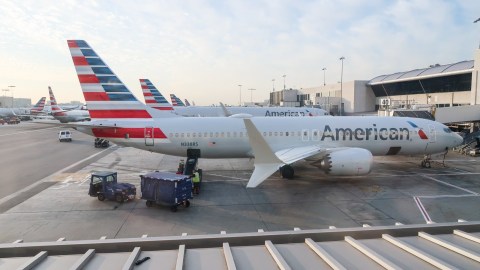 An engine problem may have caused the return of an American Airlines aircraft to the gate at Piarco International Airport this morning.

Reports indicate an Apron Control Officer “noticed an issue with the aircraft” while it was taxiing down the runway and informed air traffic control. The Boeing 737-800 was returned to the gate and checked. The Airports Authority said, “The Authority’s usual emergency protocols were immediately activated. The Trinidad and Tobago Fire service quickly responded and the aircraft was able to return safely to the gate”.

After three and 1/2 hours, the aircraft was deemed safe for travel and Flight AA2282 took off for Miami. No one was hurt or injured during the incident, and flight operations at Piarco International Airport resumed without any interruptions.