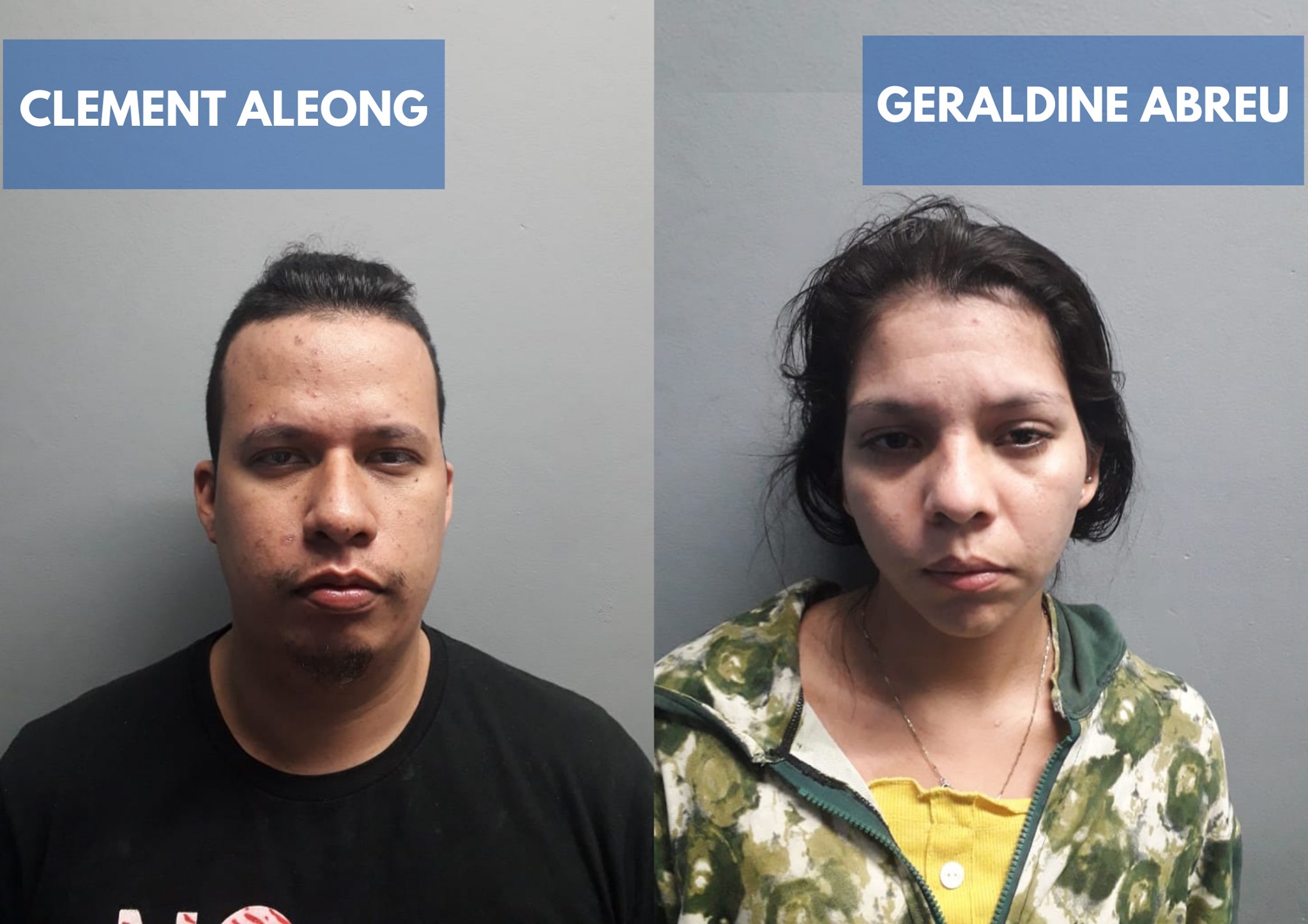 2 Venezuelans charged with trafficking in persons

Venezuelan GERALDINE ABREU, 19, and CLEMENT ALEONG, 30,
Two Venezuelan nationals have been charged with Trafficking in Persons and False Imprisonment.

They are 30-year-old Clement Aleong and 19-year-old Geraldine Abreu.

Aleong was also charged with kidnapping.

The charges were laid after a report was made that two Venezuelan women were kidnapped. On April 23rd, 2021, officers of the Special Investigations Unit (SIU), with the assistance of the Multi-Option Police Section (MOPS), the Counter Trafficking Unit, and the TTPS Crime Scene Unit, proceeded to Southern Main Road, Cunupia where two Venezuelan women were found and rescued.

Four suspects, including Abreu and ALEONG, were also arrested. A Silver Toyota Aqua was also seized for evidential purposes.

Abreu and Aleong were charged after advice was received from the Office of the Director of Public Prosecutions (DPP) on April 27th, 2021.

The other two suspects were released pending further enquiries.
Investigations are ongoing.