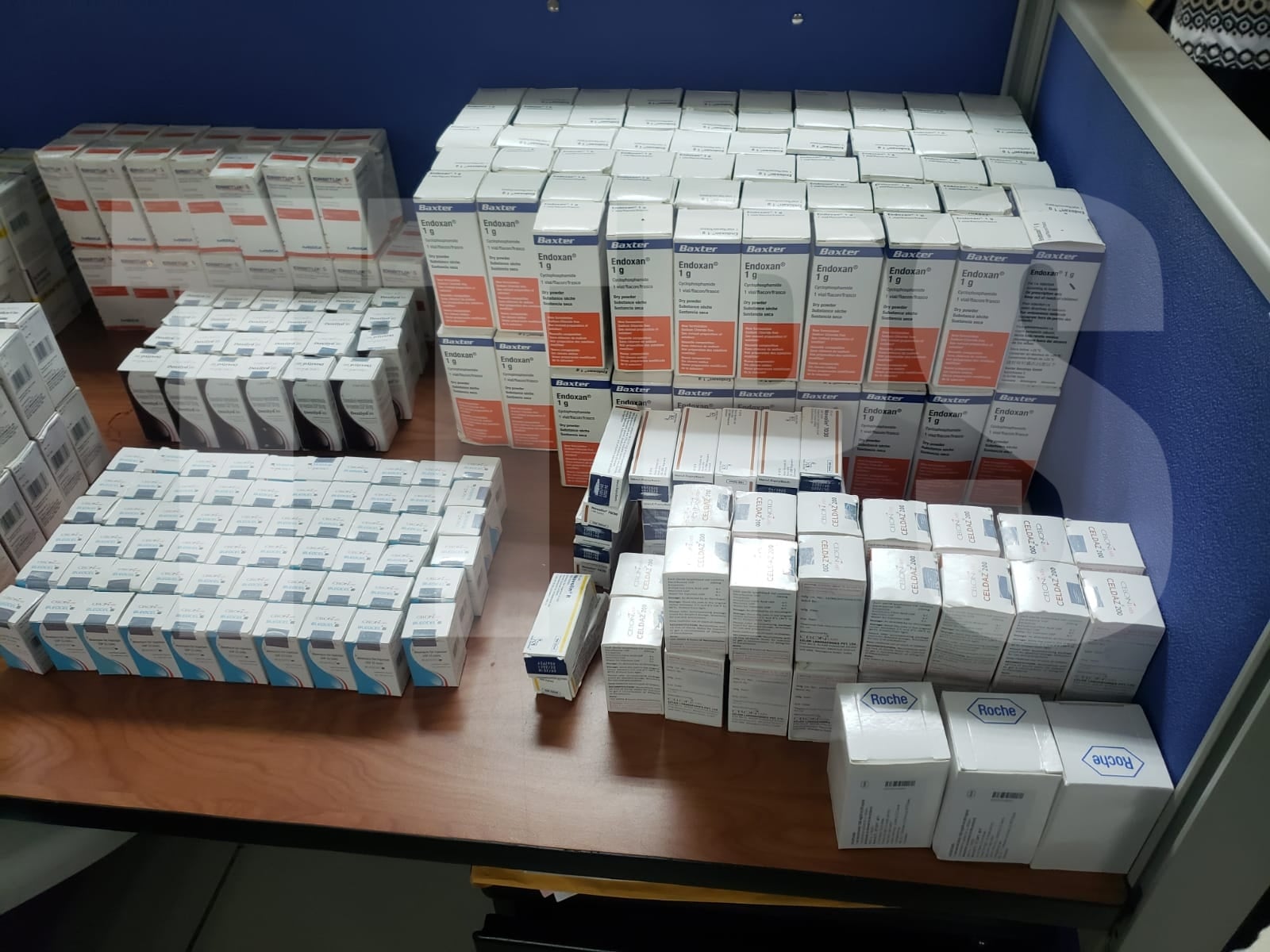 Cancer drugs worth approximately $2.2M which were reported stolen from a pharmacy at the St. James Medical Complex on July 5th 2021, have been recovered by officers of the Western Division.

Following the report of a storeroom breaking and larceny of $2.5M worth of drugs at the facility, officers conducted extensive investigations initiated by ACP Yusuff Gaffar and Snr. Supt. Kelvern Thompson.

Based on intelligence, officers proceeded to an unoccupied house in Aranguez on Friday 6th August, 2021, where they recovered approximately $2.2M of the $2.5M of the drugs.
Officials from the Ministry of Health and the North-West Regional Health Authority have confirmed that the drugs recovered were among those which were reported stolen.

Bermuda’s donation of 9,000 AstraZeneca shots due to arrive in TT this afternoon 0