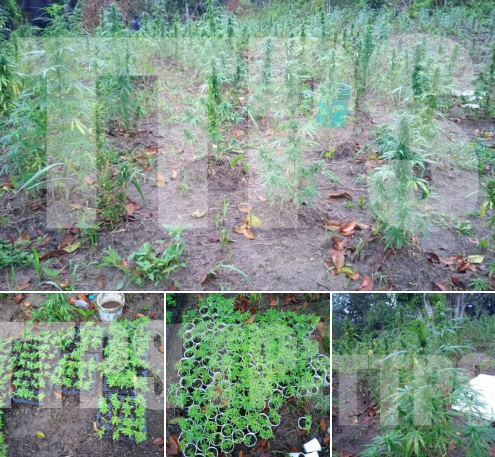 $1million worth of marijuana seized in Gasparillo

$1million worth of marijuana was seized and destroyed during an anti-crime exercise called ‘Operation Sea Breeze’, which was conducted between the hours of 5am to 4pm on Thursday 25th February, 2021, in the Southern and South Western Divisions.

During the exercise, the party of officers proceeded to Corosal Road, Whiteland, Gasparillo, where a search was conducted in a bushy area approximately 300 feet from the road way. There, they discovered an open area containing 1,000 full grown marijuana trees and 550 seedlings, with a combined estimated street value of $1 million. The said marijuana plants were uprooted and submitted for destruction.

The exercise was co-ordinated by Snr Supt Neil Brandon-John, Supt Singh, ASP Simon and supervised by Sgt Crawford and a party of officers of the South Western Division Task Force and Trinidad and Tobago Defence Force.
Enquiries are continuing.