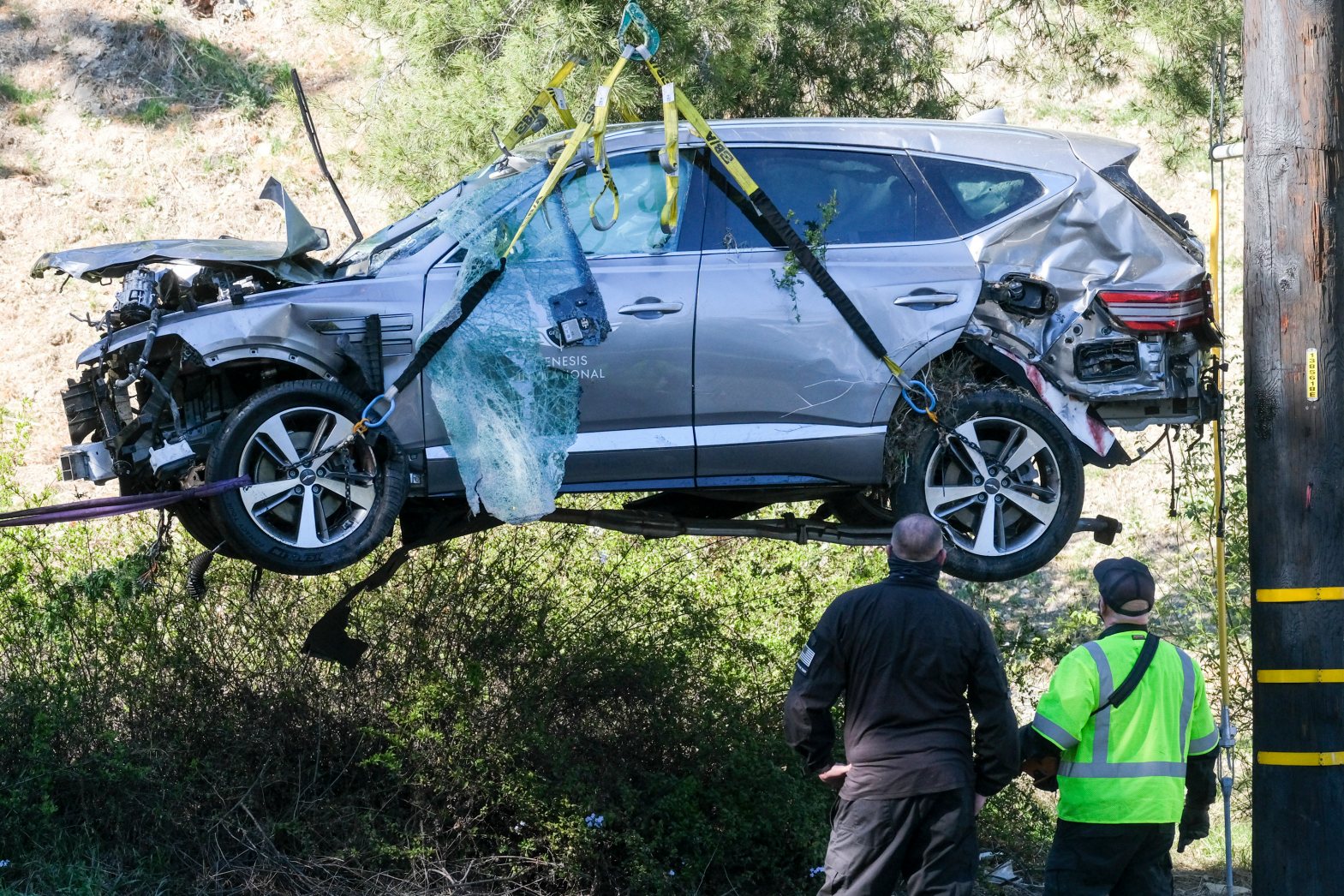 Golf icon was rushed into surgery with serious injuries to his right leg and ankle on February 23rd after his SUV slammed into a sign, veered off the road and rolled over several times on the border of Rolling Hills Estates and Rancho Palos Verdes, authorities and his agent said.

Woods suffered injuries to his lower right leg and ankle, which required a lengthy surgery, a spokesperson for Woods said in a statement posted to Twitter on Tuesday evening.

The statement said Woods was “awake, responsive and recovering” in his hospital room, following the procedure.

Surgeons stabilized Woods’ lower-leg bones with a rod and used a combination of screws and pins to stabilize his ankle and foot bones, said Anish Mahajan, chief medical officer at Harbor-UCLA Medical Center in the statement.

“Trauma to the muscle and soft-tissue of the leg required surgical release of the covering of the muscles to relieve pressure due to swelling,” Mahajan said in the tweet posted to Woods’ account.

“He doesn’t want his career to end like this,” a source close to the 45-year-old said on Wednesday. “So if there is a way he can continue playing golf, he will. ”

He also wants to return to the greens as soon as possible if he’s physically capable, the source said.

“He expected 2021 to be the year of his return,” the source continued. “Obviously, that won’t happen now. And it is disappointing for him.

However, Woods believes he can add a dramatic comeback to his already imposing resume, the source said.

If Woods returns to golf, he will be looking to break his record of 82 PGA Tour wins and add to his 15 major championships, just behind Jack Nicklaus.

Woods would have no recollection of the wreckage of a single vehicle, which left him with a broken right leg. Doctors also inserted a rod into her leg and placed screws in her foot and ankle, according to a statement posted on Twitter.

Woods, 45, turned professional in 1996 and has 82 PGA Tour wins in his career, including 15 major championships. But back problems and other injuries have slowed his career. He is a native of Cypress and once had a condo in Corona del Mar.

Woods also has a long-running foundation, the TRG Foundation, formerly the Tiger Woods Foundation, which began in 2006 as a learning center in Anaheim and has since expanded to a global reach, providing STEM courses and other education programs to millions of children, the charity’s website says.

In 2009, he was involved in another high-profile crash where he struck a fire hydrant and a tree while backing out of his Florida home.