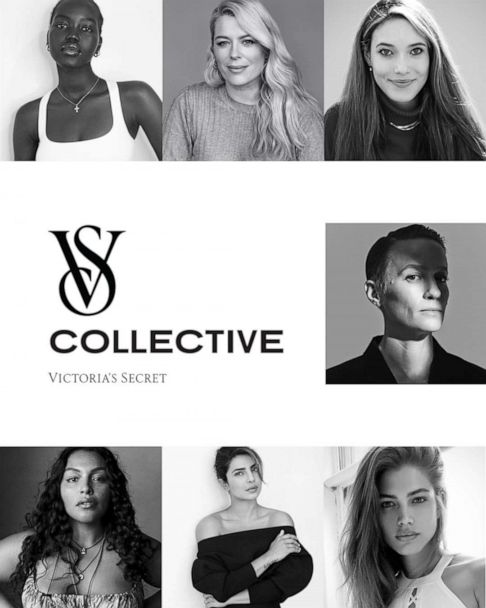 Victoria’s Secret is trying for a rebrand, announcing on Wednesday that the lingerie company will do away with its infamous “Angels” in an attempt to redefine what the brand has long deemed “sexy.”

But with the introduction of the seven women who will make up what the brand is calling the VS Collective, set to spearhead the brand’s transformation, including Megan Rapinoe, Priyanka Chopra Jonas, Valentina Sampaio and Paloma Elsesser — Victoria’s Secret still missed the mark in catering to the plus-size community, which has historically been left out.

“It goes right back to the very scandal that happened in 2018, in which Victoria’s Secret’s former executive said, essentially, that people who are transgender and people who are plus size were not welcome in the brand’s narrative and in their fantasy,” Gianluca Russo, co-founder of the Power of Plus, during an interview with Yahoo Life.
“I think that’s, of course, what sparked all of this, and I think it’s really unfortunate to see them make this huge launch, to make this huge announcement, but to not give one comment on whether or not they’re expanding sizes.” 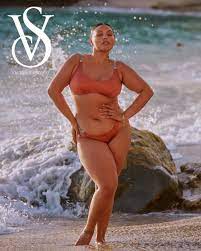 Russo points out that the announcement featured in the New York Times wasn’t a surprise to many, as Victoria’s Secret has been quietly altering the appearance of the brand and which represents it by way of introducing new faces and bodies to its social media channels. The brand was even praised when Elsesser, a size-14 model who has appeared in Vogue, was featured in a campaign for Victoria’s Secret new swimwear in February. And while it seemed hopeful for such a big brand to make even the smallest of moves toward a more inclusive future, the follow-through seems to fall short.

“They definitely have been trying to pivot slowly without making a huge noise,” Russo says, pointing out that it could have been perceived as a route to authentic change. “It seems as though the only thing they did was put in a few diverse body types and that’s when they called it a day.”

Any plans to actually cater to plus- size consumers, who have long been asking that Victoria’s Secret include them in its fantasy, can’t be found within the New York Times feature. Instead, the brand will do away with the ethereal identity that it has so long been known for as a sacrifice to include larger bodies. 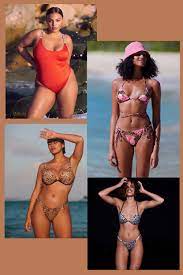 “The fact that they are abandoning the fantasy of Victoria’s Secret models rather than expanding the fantasy fuels this larger narrative where plus is always the other. We can never have the same things, we have to have different things,” Russo explains. “The issue was never that Victoria’s Secret has Victoria’s Secret Angels and they have this fashion show, that was never the issue. The issue was that this fashion show never reflected the women who are watching. And so that’s what we wanted. We wanted Angels who reflected us, who reflected an inclusive narrative, but rather — rather than expand that to include plus, to include trans, to include diversity — they said, let’s retire the fantasy and give you something else.”

Even within the “new” Victoria’s Secret, the faces who are meant to represent diversity were cherry-picked from an exclusive bunch — Elsesser included.

“Paloma alone does not represent the plus community at large. No one woman can represent an entire spectrum of women that makes up 70 percent of the population, especially as Paloma is on the smaller side of plus. She fits this palatable version of plus that has this hourglass shape, that has no double chin, that has a flat stomach,” Russo explains. “She fits this fantasy of what the perfect plus is. And so she doesn’t accurately represent the women who have been outspokenly pushing Victoria’s Secret to expand and become inclusive.”

As a part of the VS Collective, Elsesser told the New York Times of her hope that the brand increase its sizing to 5X, adding that she hopes to make “radical change” as a spokesperson and adviser. Still, the brand didn’t provide any comment to confirm that size expansion is a goal. A representative for Victoria’s Secret tells Yahoo Life, “Victoria’s Secret is committed to offering inclusive sizing. Currently, our size range is 30AA to 42DDD (G) and XXS to XXL.”

Where the brand is expanding, however, is to maternity — a category that was previously not deemed sexy enough to be included in Victoria’s Secret’s catalogue. And while featuring a pregnant model in a Mother’s Day campaign last month was a celebrated first, Russo says it’s another source of confusion.