U.K’s Prime Minister urges Member of Parliaments to back him to avoid election

Boris Johnson has insisted he does not want a general election, as he urged MPs not to vote for “another pointless delay” to Brexit.

According to the BBC, the Prime Minister would seek to call a vote, expected to be on 14 October, if MPs block no deal. 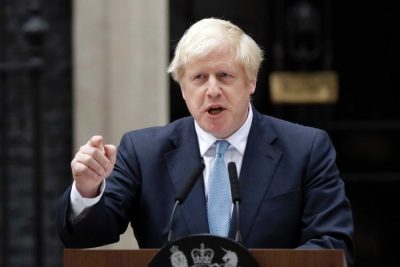 Tory ex-ministers are joining forces with Labour to stop the UK leaving the EU on 31 October without a deal.

Speaking outside No 10, Mr Johnson said such a move would make further talks with the EU on a new deal “impossible”.