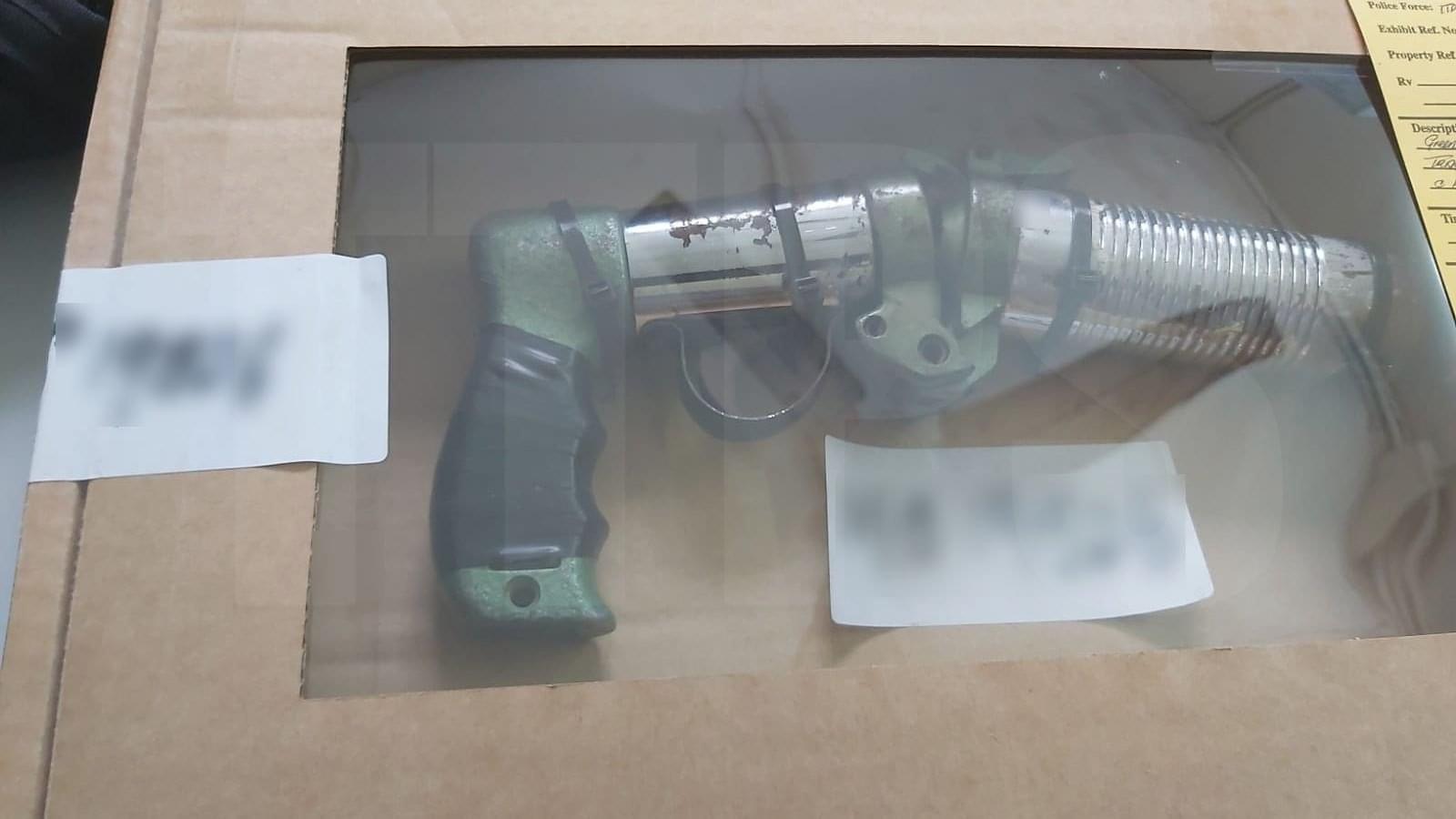 Two firearms were discovered by officers during separate anti-crime exercises conducted in the Northern and South Western Divisions yesterday.

In the first exercise, officers were on mobile patrol around 2 am on Thursday 28th July, 2022, in the Fyzabad district, when they observed a man with a black knapsack in his possession. Upon seeing the officers, the man dropped the knapsack and ran off.

Officers conducted a search of the area, which resulted in the discovery of a home-made device inside the said knapsack.

In the second incident, officers of the Arima Criminal Investigations Department Operations Unit and the Arima Municipal Task Force, in keeping with the Northern Division’s mandate to eradicate firearms and ammunition from its communities, conducted an exercise between 3 pm and 6 pm, on Thursday 28th July, 2022.

During the exercise officers carried out a search of a cemetery where they found one pistol loaded with a magazine.

Investigations are ongoing into both finds.