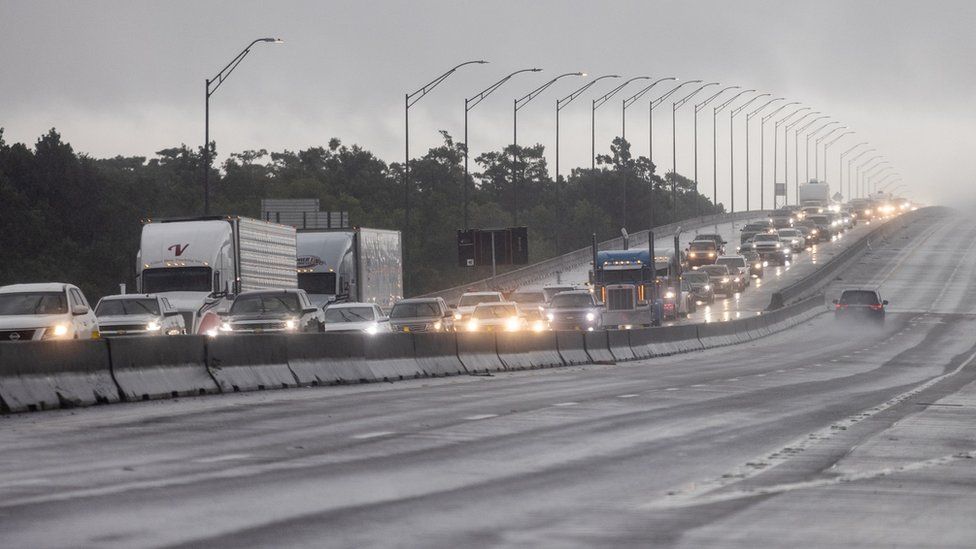 Tens of thousands of people are fleeing for safety from the US state of Louisiana as Hurricane Ida closes in.

Ida is expected on make landfall on the Gulf of Mexico on Sunday evening, bringing 140mph (220km/h) winds and a “life-threatening” storm surge.

Forecasters say it could be even stronger than Hurricane Katrina that devastated much of New Orleans in 2005.

Traffic jams clogged some motorways out of Louisiana as residents in many areas were ordered to evacuate.

Governor John Bel Edwards warned the storm could be one of the biggest to hit the state in 150 years.

“Your window of time is closing,” he warned residents on Saturday.

“By the time you go to bed tonight you need to be where you intend to ride the storm out and you need to be as prepared as you can be, because weather will start to deteriorate very quickly tomorrow.”

The governor of neighbouring Mississippi has declared a state of emergency.

President Joe Biden said Ida was “turning into a very, very dangerous storm” and the federal government was ready to provide help.

The hurricane is intensifying over the warm waters of the Gulf of Mexico, boosting it from a category-2 to an extremely dangerous category-4 storm.

Coincidentally, Sunday marks the 16th anniversary of Hurricane Katrina, which devastated New Orleans after making landfall as a category 3. Katrina flooded 80% of the city and killed more than 1,800 people.