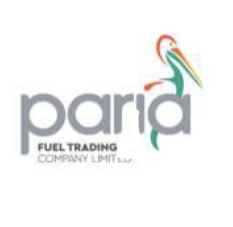 The body of Rishi Nagassar, the fourth diver involved last Friday’s incident at Pointe-a-Pierre has been recovered

There has been confirmation that the body of Rishi Nagassar, the fourth diver involved last Friday’s work-related incident at Pointe-a-Pierre was recovered today (March 03, 2022) at 12.36 am.

Via release Paria Fuel Trading Company Limited said that it advised the family and extended condolences on behalf of management and staff.

The Company revealed that it has offered counselling support to the families and loved ones of the four divers who were involved in the incident.

The recovery operation had to be conducted with extreme care given the fact that the bodies were lodged behind diving equipment in a 30-inch pipeline, 60ft below the surface and more than 100ft along the seabed.

On Friday, five LMCS divers were conducting underwater maintenance on the pipeline located at no. 36 Sealine riser on Berth no. 6 at the Paria facility.

They were in an LMCS hyperbaric chamber when an incident occurred.

One diver was able to make his way out of the chamber and has since been hospitalized.

The Ministry of Energy and Energy Industries has announced plans to initiate an independent investigation to determine the root cause of the incident and to make appropriate recommendations.

Paria said this has been a profound loss for the families, their employer LMCS, and the entire country.

It thanked the emergency response team, the Paria Incident Management Team (IMT) and the external agencies which provided unwavering support during this difficult period.