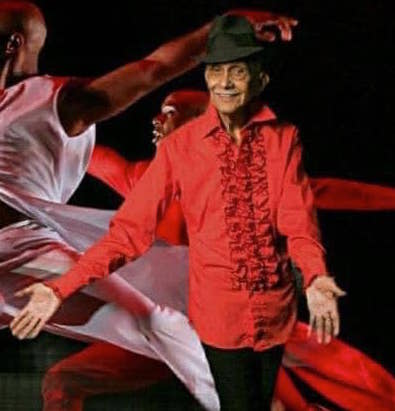 Suspect detained in connection with death of Torrance Mohammed

Police have detained a suspect in connection with the murder of cultural dance icon Torrance Mohammed.

The 34-year-old suspect, who has a long criminal record, was arrested around 6 pm by officers at Navet Street, San Fernando on Friday.

Mohammed, 90, of Marabella, died last Tuesday after succumbing to injuries sustained during a robbery in San Fernando on Monday.

Reports are that he went to deliver fruits for a friend at Torrance Street, Mon Repos, San Fernando when he was attacked by a man around 2.20 pm.

The suspect grabbed Mohammed’s gold chain from around his neck and his cellphone.
When the elderly man attempted to fight back, he was shoved to the ground and sustained a broken rib and spinal injuries.

He lost consciousness and succumbed to his injuries at the San Fernando General Hospital late Tuesday.

He also led the Torrance Mohammed Culture and Arts Foundation.

Mohammed is expected to be laid to rest on Wednesday.