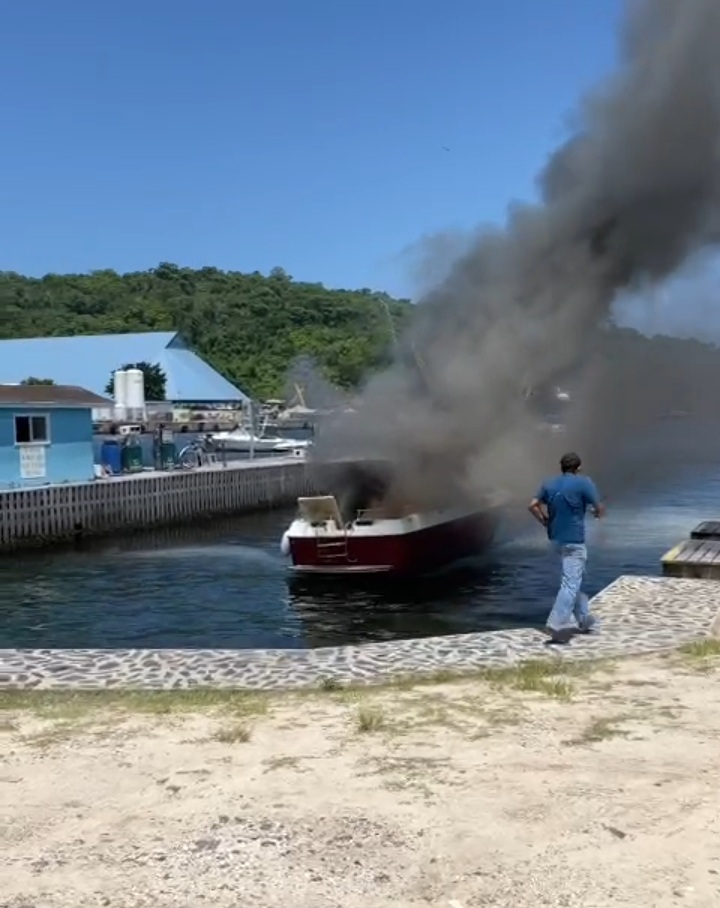 A leaking fuel line is being blamed for a fire at the Power Boats marina in Chaguaramas yesterday, which resulted in three people suffering burns and a vessel being destroyed.

Around 2:20pm Saturday, fire broke out at the Unipet fuelling facility at the marina.

A boat was caught on fire during the melee and had to be towed out to sea where the blaze was contained.

In a statement, Unipet confirmed that three people were injured and said they are receiving the necessary medical attention.

It said quick response by a member of the boating community resulted in the burning boat being towed out to sea and the containment of the fire therefore limiting any potential damage that could have occurred.

The company added that the unfortunate incident is regretted.

Unipet has assured that its HSSE team will be investigating the incident.

All courthouses closed until further notice 0

BARBERSHOP TALK: Things ‘Trini’ Men Like In Bed But Won’t EVER Ask For 0