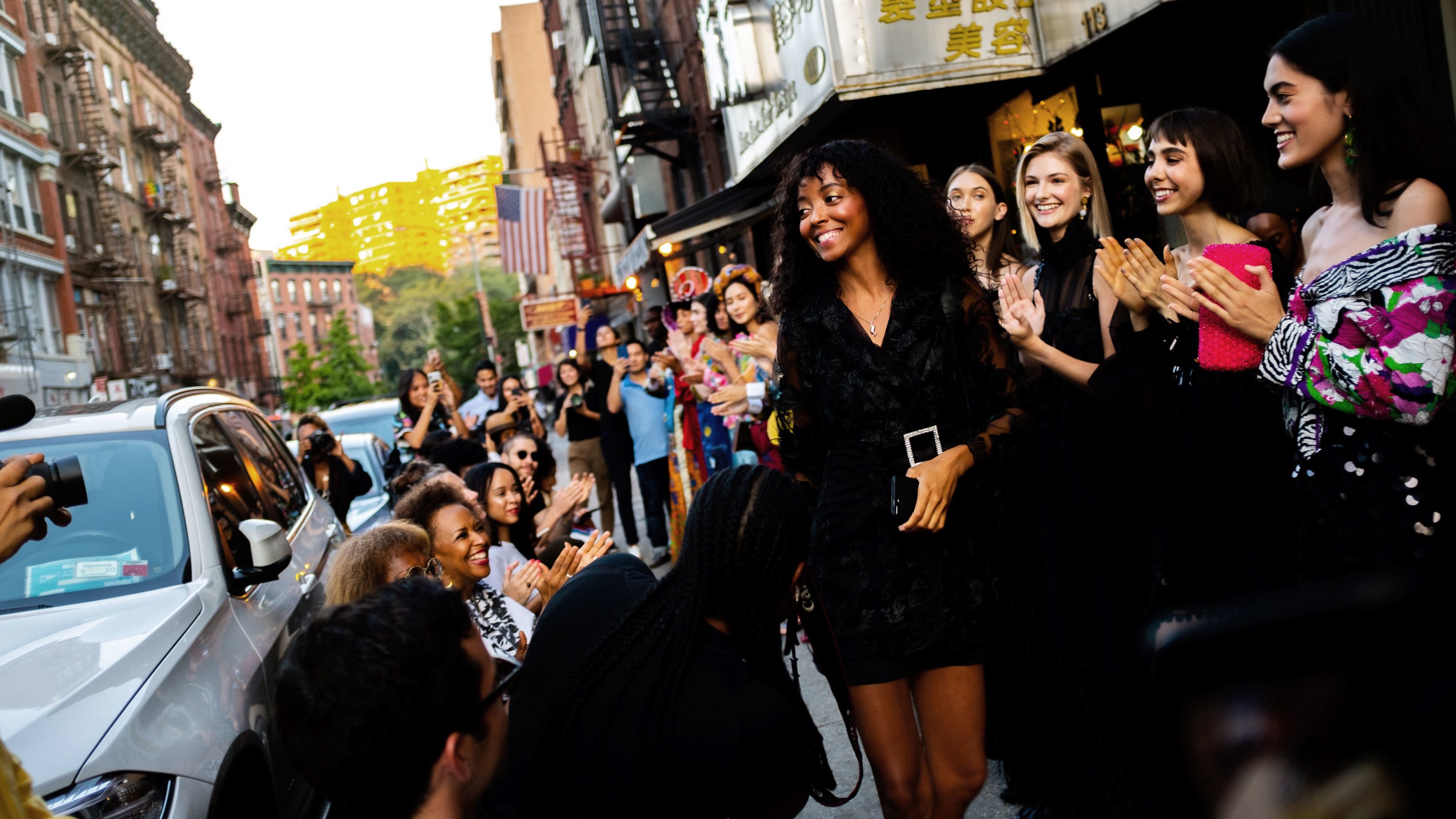 With the ‘bacchanal’ and whimsical beauty of carnival costumes showcased at the West Indian Day Parade celebrations still poignant on the streets in Brooklyn, Michelene Auguste, the Trinidadian model and owner of Dem Vintage, staged a unique sidewalk runway show Tuesday evening just parallel to the bridge in Chinatown.

Michelene said, “A lot of my friends are Caribbean, so they were at all the parties,”  who skipped the annual Labor Day festivities to focus on bringing Dem’s runway ambitions to life. “They were all asking me, ‘Are you coming out?’”

Various designers from Trinidad & Tobago were invited for the show.  Favourite looks from the event, which was held guerilla-style on the sidewalk environment included a billowing, black feathered evening dressing from Claudia Pegus, Anya Ayoung-Chee’s wax-print pants and crop tops, and handmade jewelry from Coco Vintage Jewelry, all of which was mixed and matched with clutch vintage finds from the shop—think Roberto Cavalli animal-print denim from the ’90s and ’80s kitten heels. 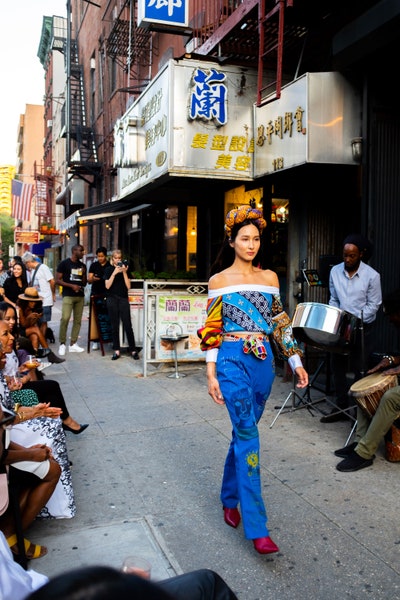 “At first when we were styling the show, we thought that every look was doing a little too much,” Auguste said laughing. “But that’s how I grew up! I wanted to stay true to my culture and show a mix of the NYC-downtown look, and that you can mix these prints in so many ways.” Part of a limited-edition capsule of her own, the hand-painted workwear pants and silk dresses were created with the help of Auguste’s partner, artist Jordan Sullivan.

Beaming with satisfaction from the curb-side front row was Gabrielle Elizabeth Roth, Auguste’s mother who flew in from Trinidad to support her daughter. “From a young child, she showed an interest in fashion,” Roth said. “She was always dressing in my clothes and walking in my shoes.”

The show’s soundtrack, utilised the island sound of the steelpan musician, Kareem Thompson, who frequently pops up at Dem for sidewalk sets. The ‘vibes’ were proudly evident, with models dancing along the impromptu runway. Friends and family were grooving to the rhythms, spilling out onto the streets as they we served delicious coconut rum cocktails.

The entire scene felt closer to a Trinidadian ‘lime’ (local parlance for a hanging out/gathering) than your traditional fashion soirée, where editors and buyers typically rush on to the next event on their jam-packed agendas. With its relaxed pace and convivial energy, Dem injected a spectacular island breeziness within the idea of the show.