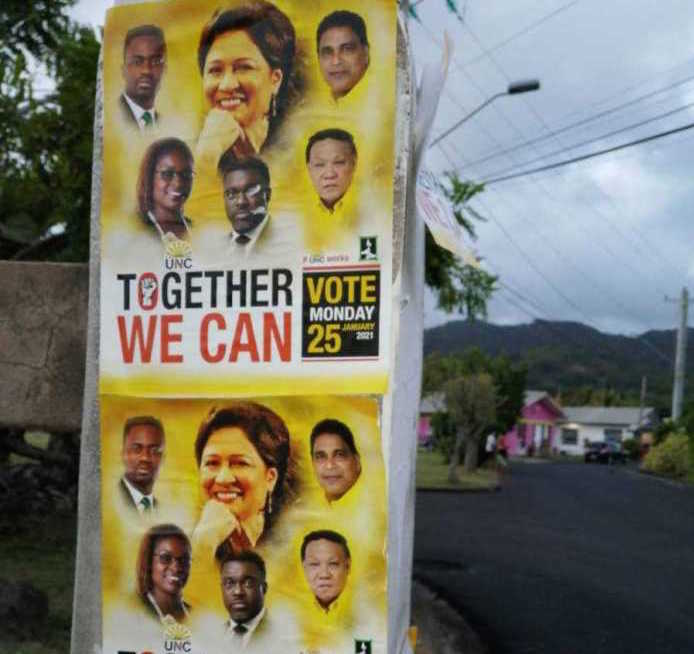 PDP deputy leader Farley Augustine has reiterated that the party has no ties with the United National Congress, after a number of posters insinuating otherwise started popping up on the sister isle on Sunday.

The posters, carrying the words “Together We Can,” were seen on utility poles in Scarborough, Roxborough and Plymouth.

Augustine said the posters do not belong to them, and a report has been filed with the police and the Elections and Boundaries Commission (EBC).

In the interim, he said the party is doing its own investigation and “So far, we have the name of the person and the registration of the car posting these fliers.”

UNC PRO Kirk Meighoo also denied responsibility for the posters and any link between the two parties.