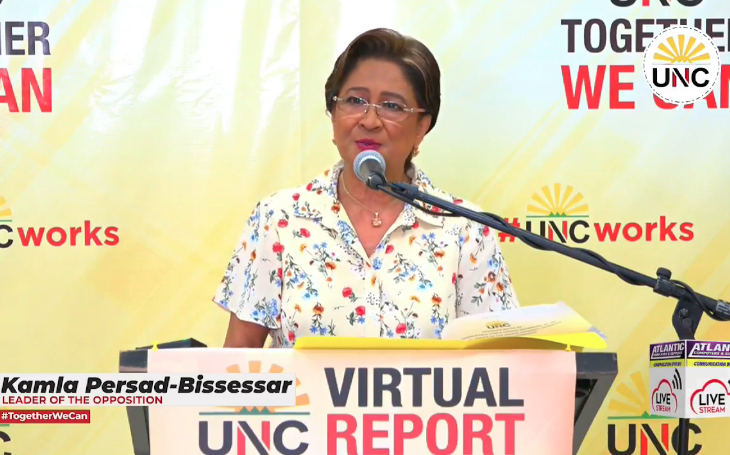 Opposition Leader Kamla Persad- Bissessar says the entire board of the Police Service Commission must resign.

Persad-Bissessar also accused the PSC and President Paula Mae Weekes of acting unconstitutionally in the issue to the public’s detriment.

Speaking at the UNC’s Virtual Report on Monday the Opposition Leader said that the PSC had created a nightmare as there were now not one, but two Acting Police Commissioners.

She claimed that they acted unconstitutionally to the detriment of the T&T population.

Peter George: The business community feels that it is being threatened by the Government on vaccination issue 0