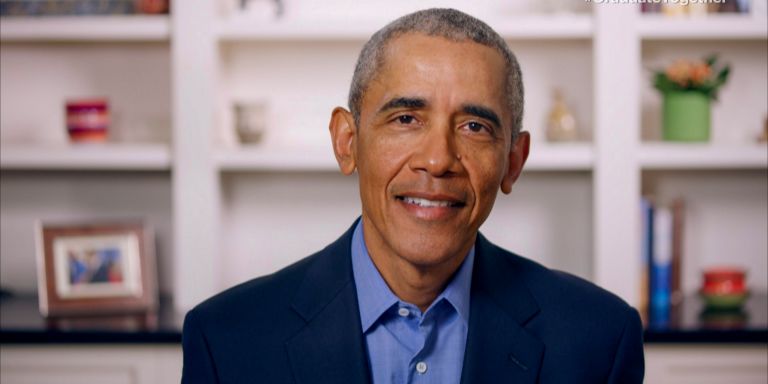 Obama to Biden and Harris: ‘I Couldn’t be prouder’

In a statement Saturday, Obama says Biden has “got what it takes to be President and already carries himself that way,” because he will enter the White House facing “a series of extraordinary challenges no incoming President ever has.”

Acknowledging that the election revealed the nation remains bitterly divided, Obama said, “I know he’ll do the job with the best interests of every American at heart, whether or not he had their vote.”

He adds: “I encourage every American to give him a chance and lend him your support.”
Biden served as Obama’s vice president for two terms. 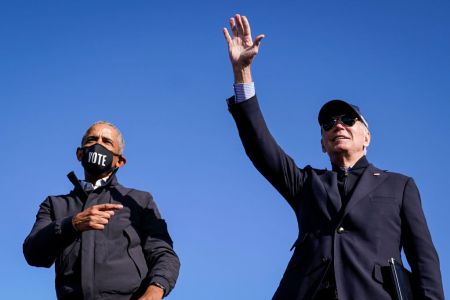 Democrat Joe Biden defeated President Donald Trump to become the 46th president of the United States. He won Pennsylvania on Saturday to exceed the 270 electoral votes needed to win the White House. Biden also carried Nevada, Arizona, Wisconsin and Michigan on his path to making Trump the first incumbent since George HW Bush to lose his bid for a second term.

“America has spoken and democracy has won,” tweeted former President Bill Clinton, less than an hour after the Associated Press officially called the election for Biden after nabbing the necessary electoral college votes.

Hillary Clinton also congratulated Biden and Harris on clinching the victory: “It’s a history-making ticket, a repudiation of Trump, and a new page for America.”

Sen. Bernie Sanders (D-Vt.), who competed against Biden for the Democratic presidential nomination, tweeted a congratulations of not just the incoming President and Vice President, but of grassroots organizers: “I want to congratulate all those who worked so hard to make this historic day possible.”

Former Florida Governor Jeb Bush was among the few Republicans to cross the aisle. “I will be praying for you and your success,” the former Republican presidential prospect tweeted. “Now is the time to heal deep wounds.”

TTPS vs Beetham Gardens in a football match post lockdown 0