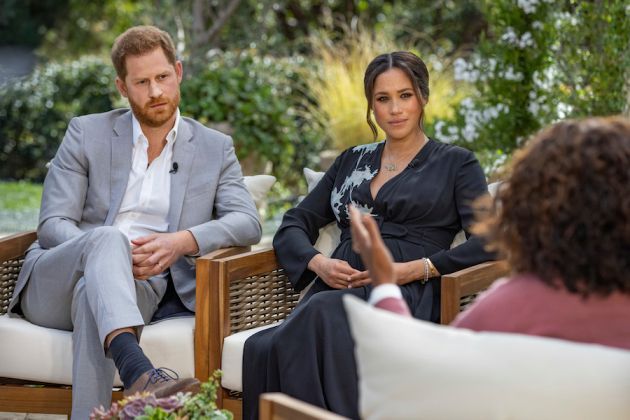 As clips of Oprah Winfrey’s upcoming interview with the Duke and Duchess of Sussex continue to flow, it begins to look like Prince Harry and Meghan Markle’s revelations will be just as explosive as the infamous sit-down of Princess Diana in 1995 with the BBC’s “Panorama”.

On March 3rd, CBS released yet another explosive sneak peek at the Duke and Duchess of Sussex’s interview, in which the former Suits actress accused the royal family of “perpetuating falsehoods.”

This accusation arose when Oprah asked Meghan, “How do you feel about the Palace hearing you speak your truth today?”

“I don’t know how they could expect that after all this time we would just stay silent if there is an active role that society is playing in perpetuating the lies about us,” Markle replies.

“And if that carries a risk of losing things,” she adds, “there is already a lot that has been lost.

The sneak preview comes on the heels of a damning report that Meghan allegedly bullied members of the Kensington Palace staff.

The latest promo follows the release of some clips from the upcoming interview, including one in which Winfrey asks the couple if they were “silent or were you silenced?” then said to them, “You said some pretty shocking things here. ”

Buckingham Palace has since announced they will be launching an investigation into the claims.

In a statement issued  on March 3rd, they wrote, “We are clearly very concerned about allegations in The Times following claims made by former staff of The Duke and Duchess of Sussex. Accordingly our HR team will look into the circumstances outlined in the article. Members of staff involved at the time, including those who have left the Household, will be invited to participate to see if lessons can be learned.

The Palace added, “The Royal Household has had a Dignity at Work policy in place for a number of years and does not and will not tolerate bullying or harassment in the workplace.”