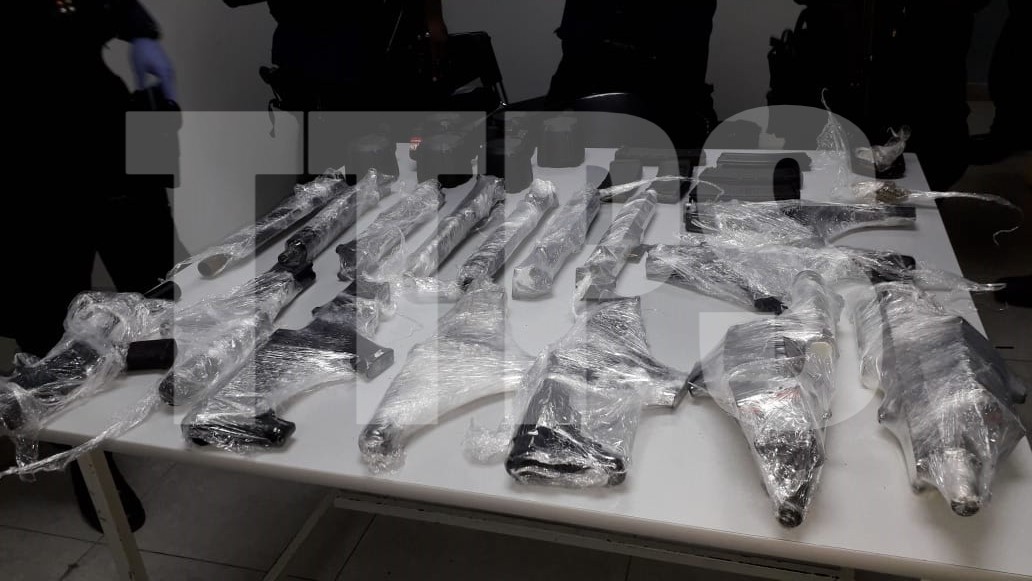 The search was conducted by officers of the POS Division during an anti-crime exercise. Last night, officers stopped a Nissan Almera where they discovered a quantity of ammunition and two speaker boxes. Upon examining the powered speaker boxes, officers discovered eight AR15 rifles unassembled along with 12 magazines hidden inside. During a subsequent search of a Nissan B15, another AR15 rifle was found. A total of nine persons were arrested during the exercise. 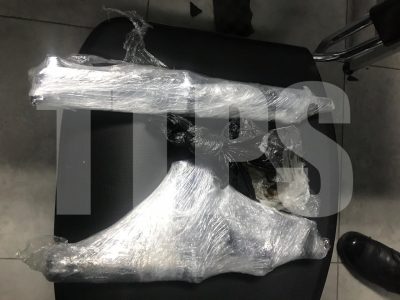 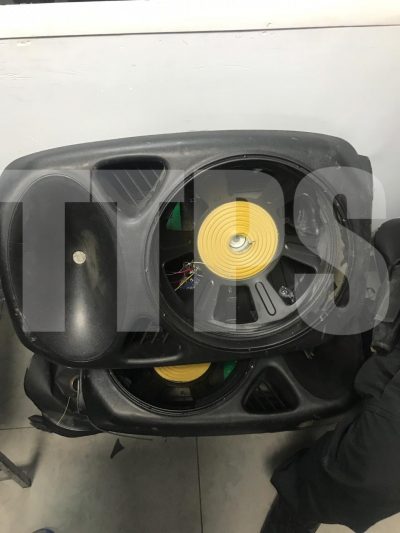