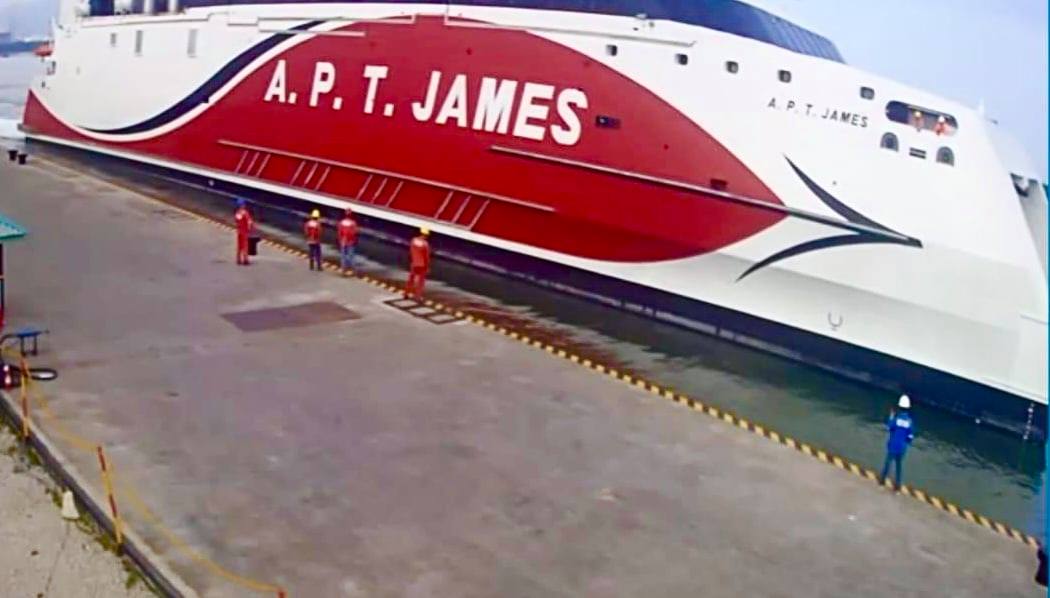 The National Infrastructure Development Company (NIDCO) said it is unfortunate that efforts are being made by denigrators to taint the integrity of the new fast ferry the APT James.

In a statement on Tuesday, in response to claims by Opposition Leader Kamla Persad-Bissessar that the APT James is defective, NIDCO said it “remains confident in the safety of the vessel.

NIDCO said it noted the “ill-informed statements made in the public domain but said this vessel is a world-class, state-of-the-art ferry designed and constructed by Austal, a leading shipbuilding company.

The release said the APT James was classified by Norwegian company DNVGL as a high-speed craft on October 24, 2020, and is confirmed as having been built to International Maritime Organisation (IMO) standards for the safe transport of passengers and crew. The ship has also safely travelled approximately 10,000 nautical miles to date.

At its inspection in Malta in December, NIDCO said six deficiencies were identified and it listed the deficiencies identified in a public inspection report which Persad-Bissessar quoted from on Monday and the actions taken to correct them.

“These deficiencies were readily resolved and the vessel was allowed to continue its journey to TT,” it said.

Non-provision of a muster list with identified substitutes for key personnel was an oversight by the vessel’s delivery team and it was “immediately updated to indicate the substitutes.”

On the Electronic Chart Display and Information System (ECDIS), NIDCO said according to maritime law, the primary navigational system encompasses the use of paper charts.
“All the required paper charts for a successful navigation through this delivery journey were on board the vessel.”

NIDCO explained the ECDIS is a secondary electronic system included in the vessel.
“This was programmed at the beginning of the journey with maps of all ports with scheduled stops along the route.”

Malta was added to the journey plan only because of weather conditions that developed in the Mediterranean Sea.
“Since Malta was not a scheduled stop, there was no electronic Maltese map at the time of the inspection. No action was required for the vessel to depart.”

The access ladder, NIDCO continued, is a gangway that serves as an alternative “portable means of crew access and egress at different ports of call.” This will not be used for passenger access on the seabridge, it explained, and safety nets have since been installed.

DVNGL certified the APT James’ fire detection system. NIDCO said at the inspection in Malta, a heat gun and smoke cannister used for testing could not be located, but: “These consumables have since been replaced.”
Two-way portable explosion-proof VHF radios, NIDCO said, were always on board the ferry, in accordance with DVNGL requirements.
It added, however, that the Maltese authorities were seeking hands-free extensions to be used with these radios.

As with the ECDIS, no action was required for the vessel to leave Malta.

NIDCO added that a stamped copy of the shipboard oil pollution emergency plan (SOPEP) is now on board the vessel. This was not there at the time of the inspection.

The ferry will arrive in Trinidad and Tobago by the end of this week.