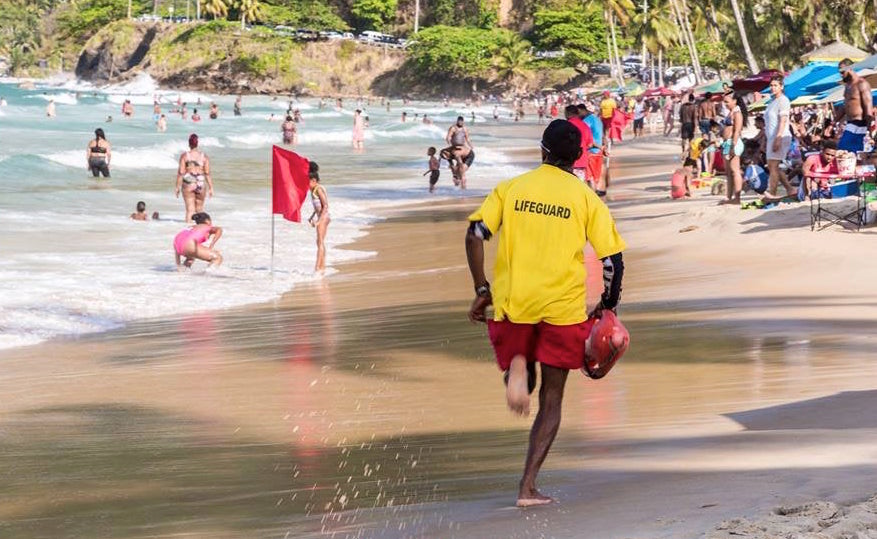 Lifeguards are fed up and frustrated.
Their cries have been falling on deaf ears for better working conditions, equipment and PPE and now they are threatening action.

James Lambert, President General of the National Union of Government and Federated Workers (NUGFW), the union representing lifeguards, said the lifeguards have had it, as they have been appealing for better conditions for more than a decade.
And, during a press conference on the matter on Tuesday, Lambert said “If it were not for the pandemic we would have been picketing already.”
He said “this will be the last press conference that we will be having before some industrial action is taken – regardless of the consequences.”

The lifeguards said their last correspondence was a letter sent directly to Minister of National Security Stuart Young, complaining about the same issues, on November 26. Up to Tuesday, they had got no response.
Lambert said other than calling the ministry to negotiate, the union can write to the Chief Personnel Officer. Failing that, they can go to the Ministry of Labour, and the final avenue would be the Industrial Court.

The union said despite recommendations made to the ministry, nothing has been done.