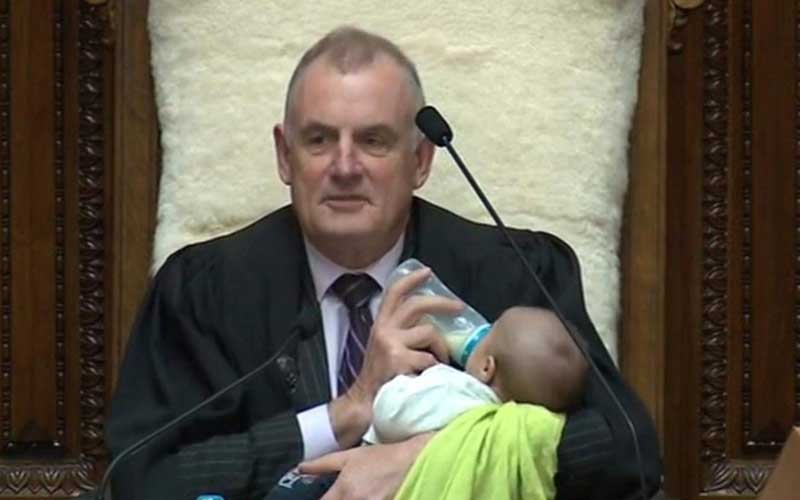 One of New Zealand’s top lawmakers is getting international acclaim after he was filmed cradling a fellow lawmaker’s new baby during a debate in Parliament.

Trevor Mallard, the speaker of New Zealand’s House of Representatives, smiled as he held the baby and fed him with a bottle while presiding over a parliamentary session.

The baby makes gurgling noise at one point when Mallard announces that one lawmaker’s time to speak in the debate has expired.

It was lawmaker Tāmati Coffey’s first day back out from paternity leave; when a photo wasn’t taken of him with his one month old baby. 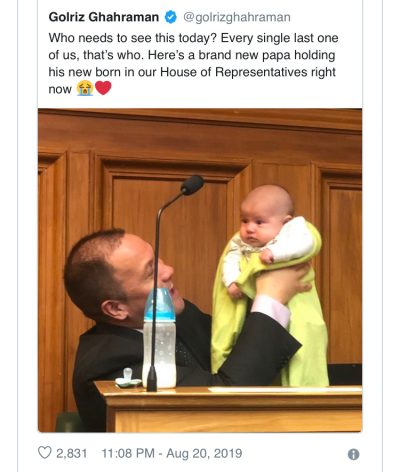