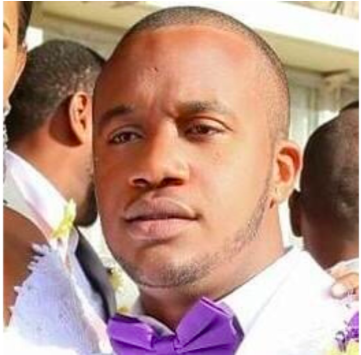 Paramin man gets his 3D scan

Although the North Central Regional Health Authority (NCRHA) said that it had not received any referral for Stephon Samuel to have any radiology service/scan done at the Couva Hospital and Multi-Training Facility (CHMF), he will have his scan done at the Eric Williams Medical Sciences Complex (EWMSC) today, Wednesday.

On Tuesday, Newsday published an article in which it featured Samuel and his mother, Dianne Constantine-Halls, who said that her son needed to get a 3D scan.

Samuel had a tumour behind the knee but months later, he began to get pain in the affected area and needed a mega prosthesis with distal femoral replacement.

His mother said she wrote the Ministry of Health informing them that she could not pay for the 3D scan and her son was referred to the Couva Hospital. However, when she contacted them they told her that the machine was inoperational.

But the NCRHA said that they did not receive any referral.

They claimed that for any patient to have any radiology services performed at the CHMF, a referral is required from the External Patient Partnership (EPP) Programme of the Ministry of Health.

They said this established process first requires that the EPP forward referrals for all and any type of radiological investigations to be done on behalf of patients, to the CHMF. Only then are patients facilitated with an appointment for their radiology tests.

Chief Executive Officer of the NCRHA Davlin Thomas said, “Our records have been reviewed and to date, the CHMF has received no documentation for any radiological investigation for Mr. Samuel.”

“However on seeing the newspaper article today, and being the responsible RHA that we are, we conducted an inquiry that allowed us to retrieve the patient’s documentation which was at the Ministry, and as such, the NCRHA will now be able to facilitate Mr. Samuel with his investigations,” Thomas said.

The NCRHA confirmed that the CMHF call logs showed that the patient‘s relative did call the Couva facility and would have been informed of the EPP procedure.

The family was also informed that due to Covid-19 engagement at the CHMF, public radiology services were on hold.

Back in September, Procedural Clerk Assistant at the Office of the Parliament, Sheranne Samuel, died.
Samuel, 34, was admitted to the hospital a week before after complaining about a headache, nausea and dizziness.
However, there was no CT (computed tomography) machine at the hospital to test Samuel when she was admitted and she eventually slipped into a coma.
She died a few days later.
*Cover Story* 14924 Covid-19 Coronavirus 3420 Government 4259 Health 3168 News 13577 3D 2 CHMF 1 Couva Hospital and Multi-Training Facility 3 CT scan 1 Davlin Thomas 5 Dianne Constantine-Halls 1 Eric Williams Medical Sciences Complex 8 EWMSC 4 Ministry of Health 273 NCRHA 17 North Central Regional Health Authority 5 Parliament of Trinidad and Tobago 3 Procedural Clerk Assistant 2 radiology Services 1 Sheranne Samuel 2 Stephon Samuel 1 TT Parliament 4