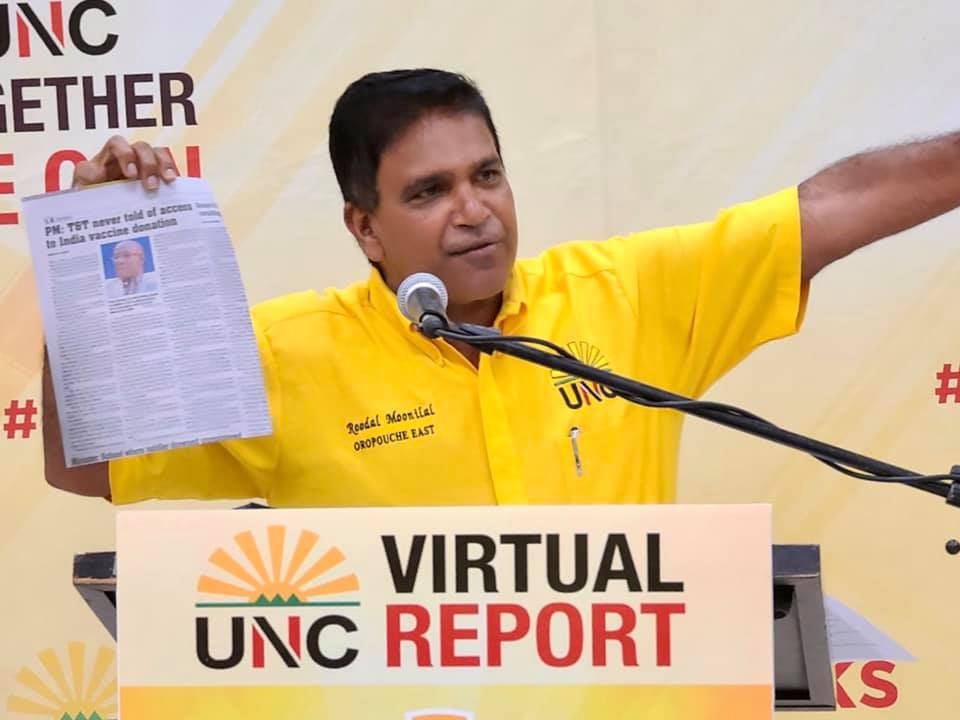 Moonilal: Rowley should be ashamed of his handling of the vaccination program

Trinidad and Tobago is woefully lacking when it comes to putting jabs in the arms of its citizens, and Prime Minister Dr Keith Rowley should be ashamed of his Government’s handling of the vaccination program.

This is according to Oropouche East MP Dr Roodal Moonilal.
He made the comments last evening while speaking at the United National Congress Virtual Report.

He said that islands close to T&T had already made significant strides in ensuring that their population received vaccines to help protect against the pandemic.
He shared statistics that detailed the progression of the vaccination program of islands he said did not have the resources that T&T has but were doing much better in their fight against Covid 19.

He said that comments by Dr Rowley that there have been negotiations with China since October 2020 to get the Chinese vaccines is questionable at best, given widely documented medical concerns.