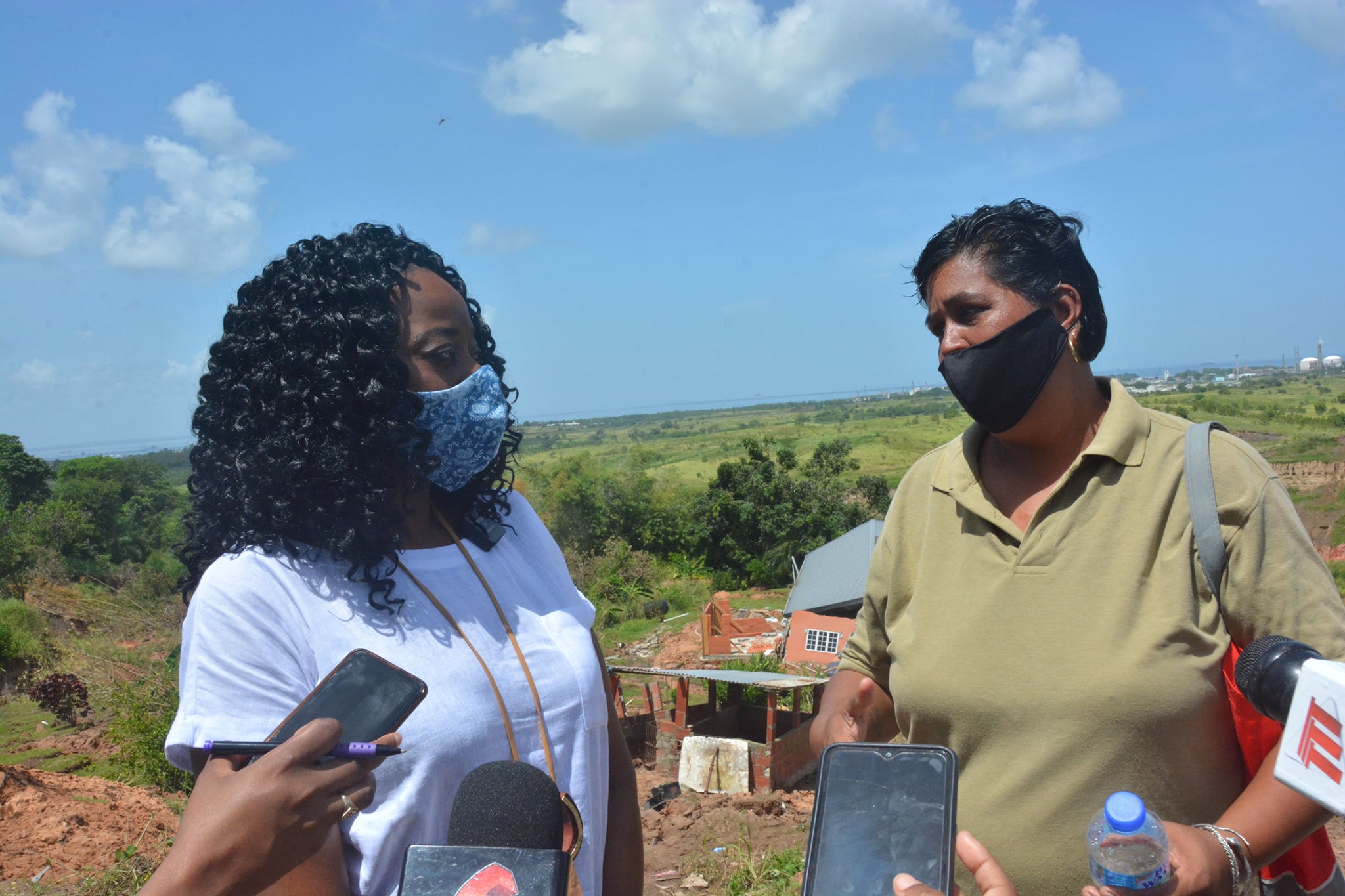 Minister of Social Development and Family Services, Donna Cox, brought some form of comfort and relief to the six (6) families affected by the recent landslips at Belview Road, Windsor Park, Claxton Bay.

The Senator, accompanied by a Technical Team at the Ministry including Permanent Secretary Jacqueline Johnson, offered words of encouragement to the residents and assurance of assistance during a visit conducted earlier today (Sunday).

Officers of the MSDFS led the Minister as she toured the homes of all those who were affected, empathizing with the families and offering her support towards their recovery.

Affected resident Ms. Nardera Ramsaran-Williams who stated she has lived in her home for the past fifteen years, explained to Minister Cox that she needs a home as soon as possible as her family including her two children are currently sleeping in their vehicle. Another affected resident was Mr.Giles Garcia, who also expressed his concerns to the Minister. 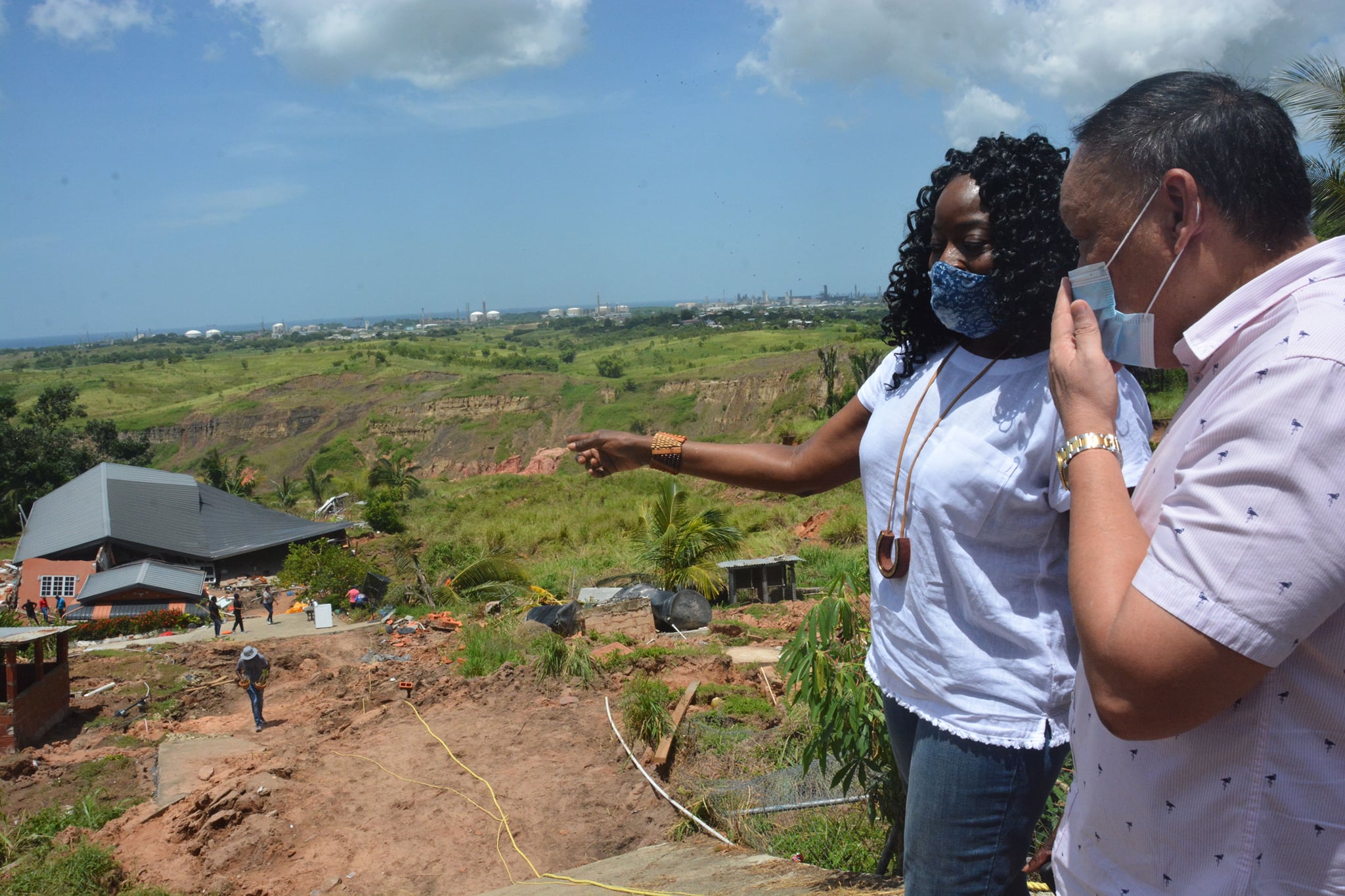 Minister Cox noting the severity of the situation said that prior to her arrival, she spoke to Minister of Housing and Development to follow up on the request for housing for the affected residents. Minister Cox however stated in the interim, the six affected families would receive counselling and psychosocial support from the Ministry’s National Family Services Division.

According to the Minister, “Persons affected may also be eligible to receive assistance under the Ministry’s Rental Assistance Programme. Though this is a temporary measure, this grant is reviewed periodically and can be accessed for up to one year. Minister also noted that while Investigations are ongoing with regards to the cause of the landslips, her Ministry will be taking the lead to follow-up on assistance in the shortest timeframe possible.

MP for the area Mr David Lee who was also in attendance, stated that he is happy that Minister Cox took time off on a Sunday to visit the area, noting that it augurs well for the camaraderie in helping the people.