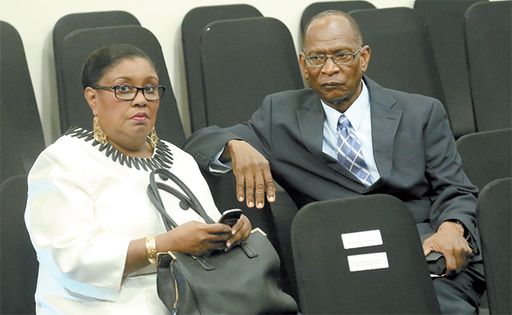 One member of the five-person crew accused of conspiracy and money laundering is still spending his nights in jail.

Michael Carew, the common-law husband of Marlene McDonald, has not been able to secure his TT$500,000 bail, nine days after being charged with eight charges-three con­spir­a­cy to de­fraud and five for mon­ey laun­der­ing. The 72- year old Pastor continues to the detained in prison.

Wayne Anthony, 66, and Edgar Zephyrine, 75, secured their bail and was released from prison last week. Marlene McDonald was released from the hospital a day after securing bail. The 61-year-old former Minister returned to her St. Augustine home without her husband last week.

There is no confirmation whether Vic­tor McEachrane was able to secure bail.

Demolition of the National Trust

Demolition of the National Trust

Demolition of the National Trust 0