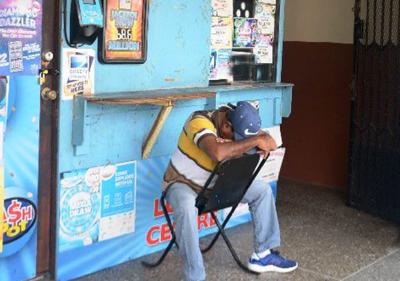 Lotto agents want to reopen and make an appeal to PM

Lotto booth agents want government to rescind their decision to shut down gaming machines across the country.

The National Lotteries Control Board (NLCB) was told to suspend all gaming operations on Monday, following the implementation of a State of Emergency, as government seeks to curb the rise in Covid19 infections.

Chairman of the Agents Committee Dean Persad, wrote an email to the Prime Minister on Wednesday and said the closure will bring untold hardship and suffering and he is appealing to the PM to allow agents to operate, “as this is the sole source of income for many.”

The letter was copied to NLCB chairman Eustace Nancis.

In the letter, Persad suggested “Those agents who are willing to operate and take the risks should be allowed to, of course, with full adherence to Covid regulations.”

He said of the 1,200 agents who are now out of jobs, the majority are willing to work during the pandemic.

He also pointed out that the agents’ role was critical in raking in much-needed revenue for the Government.

Persad’s letter also lobbies for resolutions to three issues affecting agents – the removal of the $100 weekly fee, commissions increase of at least 12 per cent and disbursement of the 2020 pandemic relief grant.

He wrote: “These are not conditions or prerequisite to commence operations but rather a motivation and encouragement. This would be risky for agents and we would like to be shown some appreciation and given proper compensation and consideration for our efforts.”
“It would definitely improve the relationship between agents and NLCB…something that is sorely lacking at this time,” Persad said.

Sanchez mourning the death of his mother 0