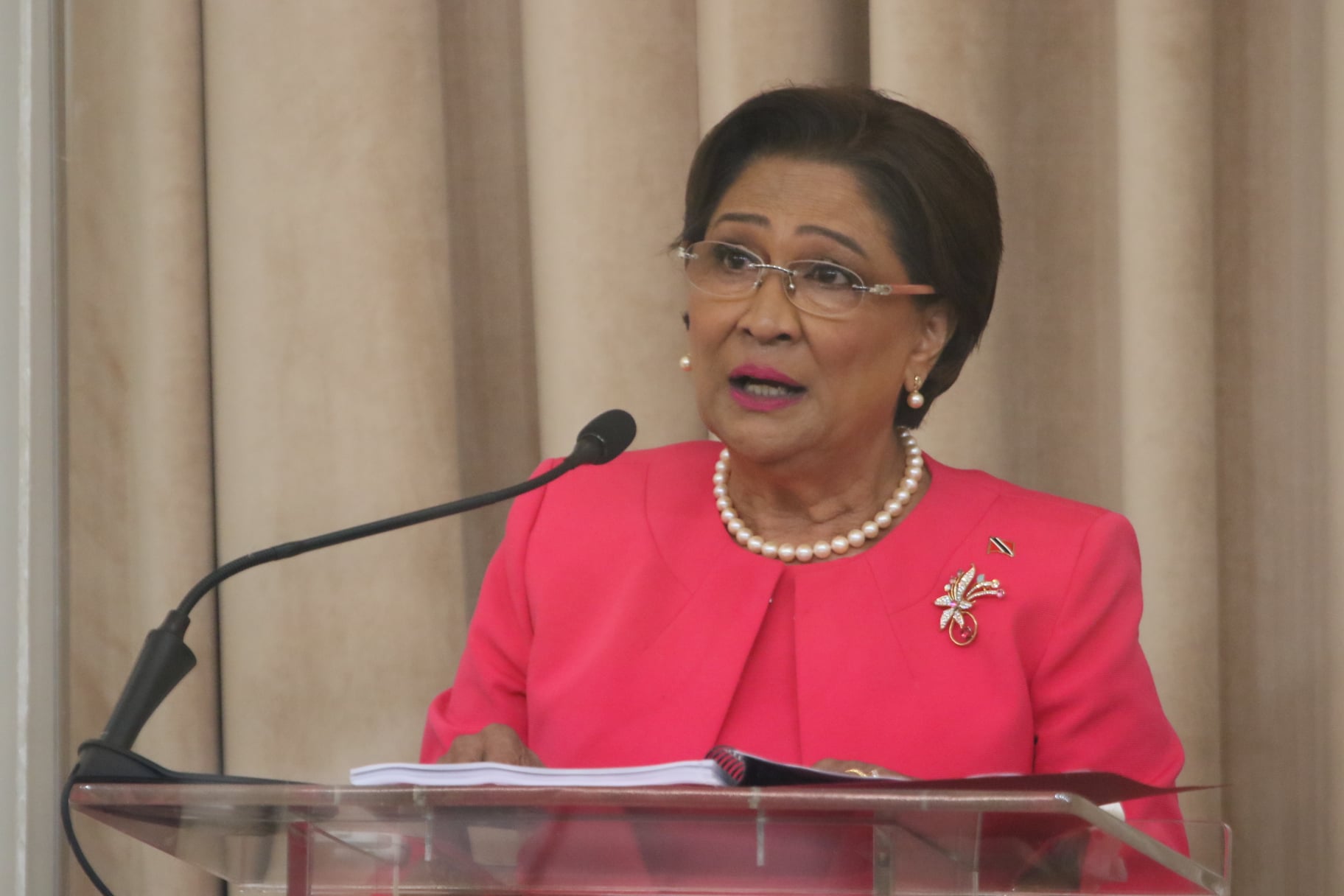 Was the Prime Minister too weak to stand and speak in parliament for a mere 45 minutes to defend his own budget?

That is the question being asked by Opposition leader, Kamla Persad-Bissessar after she claimed Dr Keith Rowley hid from parliament.

In a release late Saturday, Persad-Bissesar said, “It is evident that this dictator cannot defend his punishing property tax, his fuel liberalization plans, and other punitive measures which his government is seeking to implement in this 2022 budget.

She wrote: On Saturday 9th October 2021 at around 5:45 pm, just after MP Roodal Moonilal moved a motion for breach of Parliamentary privilege against AG Faris Al-Rawi, the Government failed to put forward any speaker to continue the debate. This in spite of the Opposition Chief Whip, MP David Lee offering them the option of adjourning to Monday seeing that Government MPs were totally unprepared.

The UNC leader said, “Faced with no one prepared to speak from the government bench and MP Roodal Moonilal present in the chamber to speak next for the opposition, the Minister of Finance was told to wrap up the budget debate.
All of this occurred while chaotic scenes took place behind the Speaker’s chair with government MP’s scrambling to figure out what to do. Minister Imbert seemed to be caught off guard by the speaker and, did not use his entire 45-minutes speaking time.”

She said information relayed to opposition members stated that some Government MPs refused an instruction to defend Attorney General Faris Al Rawi in their budget speeches. It is clear that PNM MP’s chose to commit mutiny and not speak rather than stand in parliament and be forced to defend Faris Al Rawi.

The Opposition, Persad-Bissessar said, “was thoroughly prepared through our remaining MPs who were present in the Parliament to contribute to the Budget debate and respond.”

She said the Government’s failure to account for what was done in the past year as well as plans for expenditure in the coming fiscal year is extremely worrying. “It is also abundantly clear that members of the Government are not prepared to defend the actions of their colleague Attorney General Faris Al-Rawi.”

Persad-Bissessar said the Opposition will continue to use all lawful means at their disposal to hold this Government accountable.

CAL Cargo to expand its freighter service from May 2 0