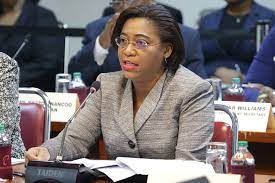 The Ministry of Labour and the Ministry of National Security have signed a Memorandum of Understanding to protect residents, including migrants of Trinidad and Tobago, from Human Trafficking, Child Labour and Labour Exploitation.

Acting Permanent Secretary of the Ministry of Labour, Natalie Willis, said Human Trafficking, Child Labour and Labour Exploitation in Trinidad and Tobago are criminal offences and a breach of labour laws which are almost impossible for a single Ministry or Agency to combat, given there are a number of interrelated issues involved in these offences.

Acting Permanent Secretary of the Ministry of National Security, Gary Joseph, reiterated his Ministry’s commitment to strengthen the existing close, working relationship between the Counter Trafficking Unit and the Labour Inspectorate Unit.