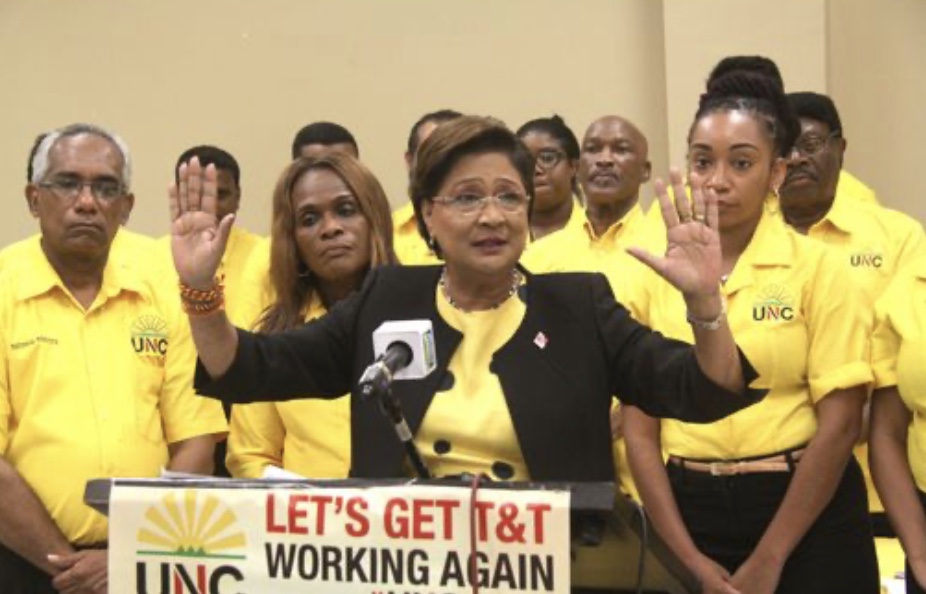 Leader of the Opposition Kamla Persad Bissessar challenged Prime Minister Dr. Keith Rowley to call names and identify UNC officials whom the Prime Minister suggested are linked to criminals. Mrs Persad Bissessar’s challenges are related to the PM’s statements in Belmont at the PNM’s post budget meeting of Friday night. At that meeting the Prime Minister alleged that UNC operatives hired assassins to kill him on two occasions. He also said that there was a death threat against the Attorney General Faris Al Rawi as recently a a month ago. The Opposition Leader called the statement the latest round of ‘wild and scandalous accusations regarding the alleged two million dollar assassination plot’. She also said “a cornered animal is dangerous and the PNM is now resorting to baseless attacks, that its back is against the wall”. The Opposition Leader challenged the PM to call the names of the people said to be involved in the alleged plot, saying that the hands of herself and party members were “clean and their hearts pure”.