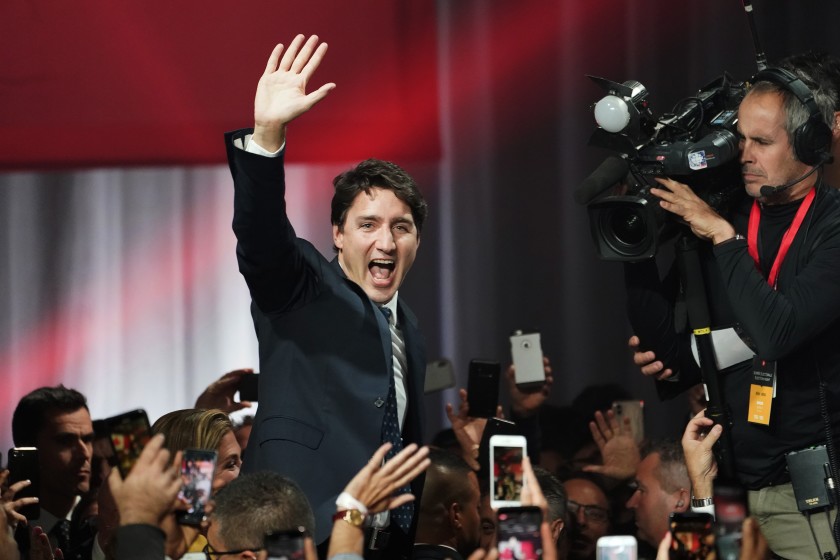 Justin Trudeau has won re-election, but without a parliamentary majority after a close-run race in which the Canadian prime minister faced several scandals.

Trudeau did better than predicted, but secured just 33 per cent of the national vote, compared to 35 per cent for the Conservative opposition – the lowest a government has held in Canadian history.

The Liberals won 157 of the nation’s 338 electoral seats, versus 121 for the Conservatives led by Andrew Scheer.

“Canadians rejected division and negativity – and voted in favour of a progressive agenda and strong action on climate change,” Mr Trudeau said at a victory rally early Tuesday morning in Montreal. “For those who did not vote for us, we will govern for everyone. We will fight for all Canadians.”

The prime minister broke tradition by delivering his remarks while Scheer was addressing his supporters, rather than waiting for the Conservative leader to conclude his speech.