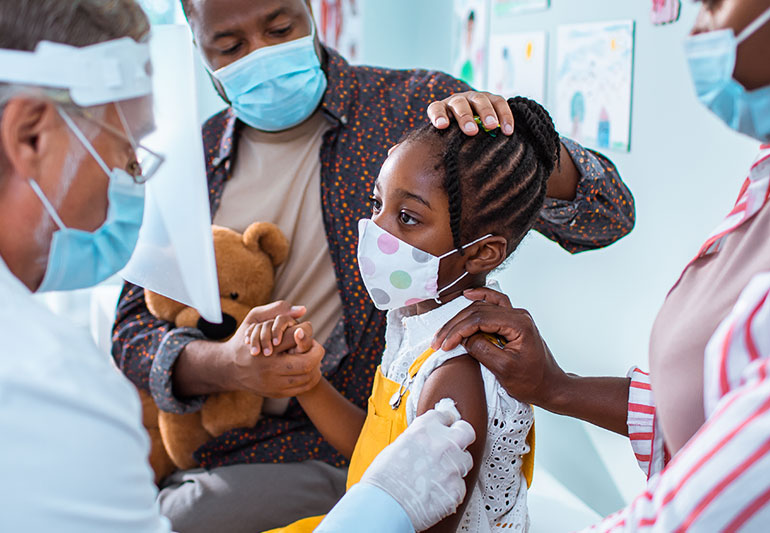 Education Minister Dr Nyan Gadsby-Dolly says she’s happy with the turnout on the day 1 roll-out of the Pfizer Covid19 vaccination drive for children ages 12 to 18, which took place yesterday.

Speaking to the media outside the College of Science, Technology and Applied Arts of Trinidad and Tobago (COSTAATT), City Campus Street, Port of Spain, Gadsby-Dolly said, reports from different sites were very good despite the inclement weather.

She said the process moved smoothly and even though there was quite a lot of people there were not any excessive lines.

She added that there was police support to ensure there was order.

The Minister revealed that she was happy to see parents take advantage of the opportunity to bring their children to be vaccinated.

At the vaccination site at the Larry Gomes Stadium, Arima, Minister in the Ministry of Education Lisa Morris-Julian came to support two of her children as they took the shot.

She told the media she didn’t have to convince them or offer any incentives for them to get the vaccine.

She called on parents to do what is best for their children.