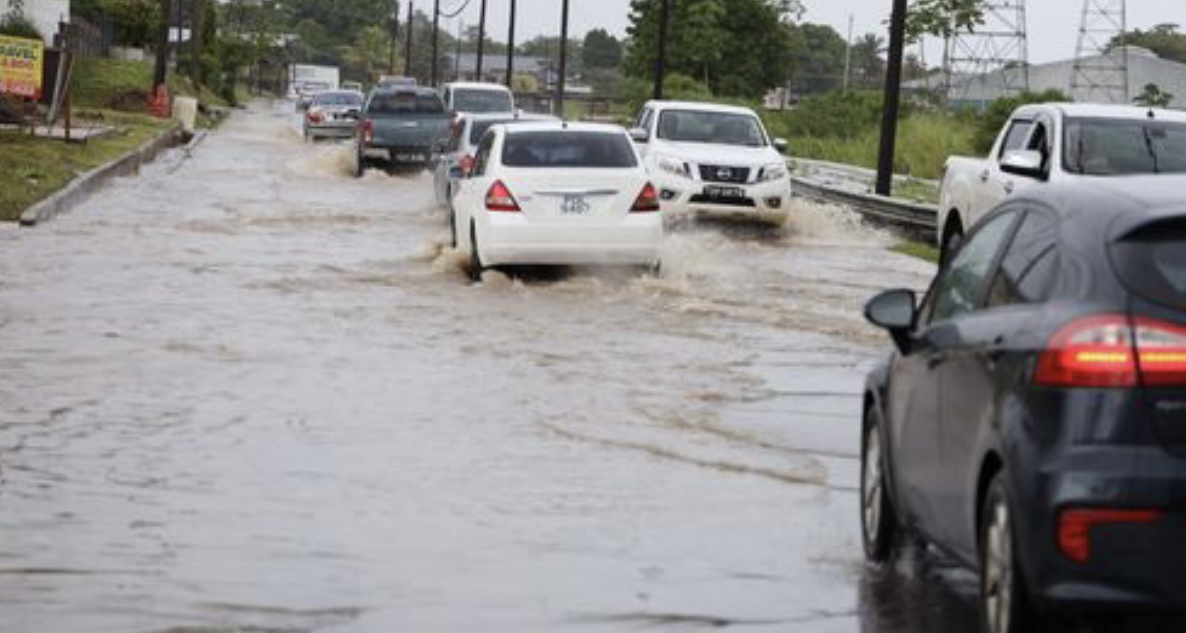 Flooding reported in several parts of north and south Trinidad

On Wednesday, some residents of Barrackpore and Williamsville were marooned in their homes as rain associated with the passage of an Inter-Tropical Convergence Zone (ITCZ) caused flooding.

In Penal, residents of Penal Rock Road were the worst affected, as the Curamata River overspilled its bank along several points. Chairman of the Penal/ Debe Regional Corporation Dr Allen Sammy said flooding was extensive.

There was also flooding reported in parts of Tabaquite with several roads becoming impassable due to fallen trees and debris from flood waters. Residents of Greensvale who experienced severe flooding several years ago also spent an anxious 24 hours as they watched water levels rise yesterday.

Additionally low-lying areas from Santa Rosa to Sangre Grande were inundated with floodwater while there were landslides reported along Riverside Road in Curepe. Downtown Port of Spain was not as badly affected as commuters had experienced in the past few weeks. The Priority Bus Route and Churchill-¬Roosevelt Highway were also not as affected yesterday, despite the steady rain, but there were reports of brief flooding in parts of St Joseph and Tunapuna along the Eastern Main Road.

Loading...
Newer Post
Education Minister happy with the turnout on Day 1 of the vaccination for children
Older Post
NLCB encouraging citizens to get vaccinated with Vax & Win Promotion