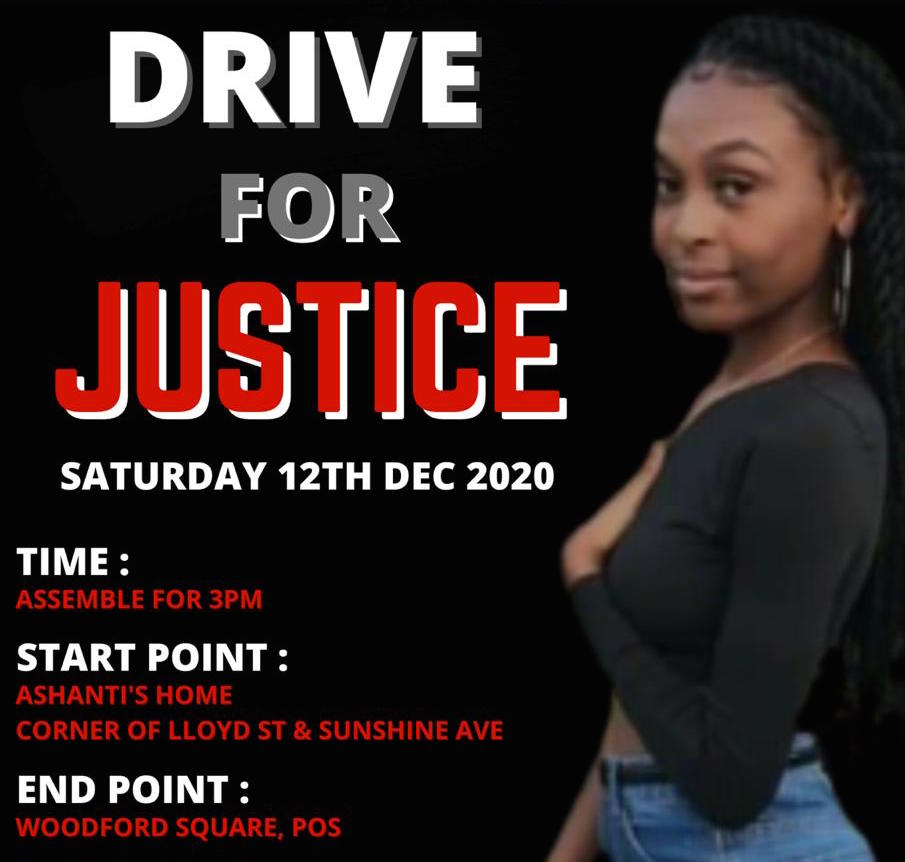 At 4:19pm she boarded a PH taxi not far from her home.

At 4:22pm she called her family to say she was in a taxi and on her way.

That’s the last time her family heard from her or saw her alive.

Ashanti was reported missing to police at 7:00pm Sunday night. Five days later her body was discovered in a river in Santa Cruz. Her mother and family have been devastated by this loss.

Close family and friends of the 18 year old have now organised a motorcade in honor of her memory – ‘Drive for Justice’ – for those who wish to stand in solidarity with Ashanti and persons who have also been victims of violent crimes.

The motorcade is set for Saturday 12 December, 2020 from 3pm at the corner of Lloyd Street and Sunshine Avenue in San Juan and will end at Woodford Square in Port of Spain. 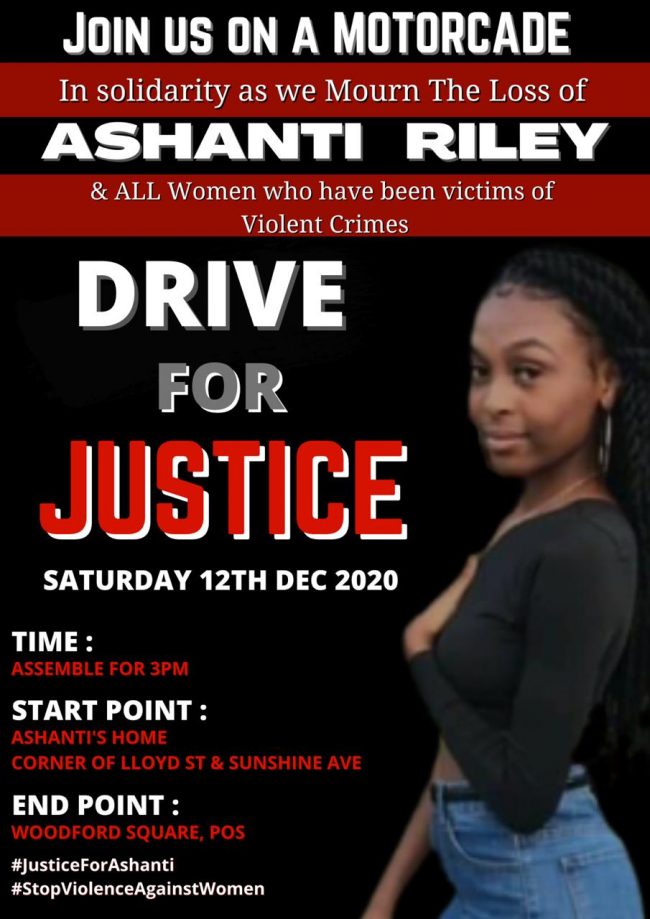