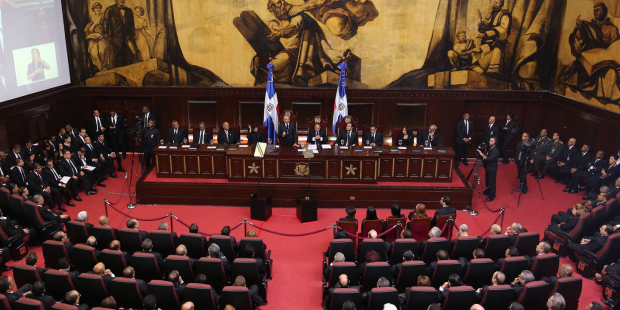 January 6, 2021 was a historic day in the Dominican Republic’s fight to protect children from violence. President Abinader approved a bill that eliminates all legal grounds for child marriage and safeguards the fundamental rights of children, particularly girls who had been vulnerable to this prevalent practice.

The Dominican Republic has the highest rates of child marriage in the Latin America and Caribbean Region. “This harmful practice results in a lack of protection, inequality, lack of opportunities, and early pregnancy for girls. It also has a direct impact on the country’s economy,” explained Sonia Hernandez, Associate Director of Public Justice System Strengthening for IJM. Global experts agree it can also increase children’s vulnerability to sex trafficking.

By issuing Law 1-21, the Executive Branch modified the Civil Code and other laws, clearly stating that “people under 18 years old will not be able to marry under any circumstances.[1]” Prior to these changes, the law permitted children to be forced into marriage as long as there was parental consent and permission from a judge.

In addition to these changes, the president issued a new decree establishing a special cabinet, led by the Ministry for Women, to work toward a life free of violence for women and girls. According to a presidential press release, by eliminating child marriage “the Dominican State fulfills its commitments with other States and international organizations that consider this practice a form of torture, abuse and a violent mechanism against children’s rights.”

Ending harmful practices like child marriage by 2030 is part of target 5.3 from the United Nations’ Sustainable Development Goals—and made all the more urgent in the pandemic.

U.N. experts warned that COVID-19 could lead to 13 million more children forced into marriage over the next decade. As the Dominican Republic is hit by a second wave of COVID-19, the enforcement of the new legislation will be key to protect thousands across the country.

Since 2014, IJM has collaborated with authorities in the Dominican Republic to reduce the prevalence of sex trafficking of children. IJM continues to advocate for the Dominican Constitutional Court to declare child marriage unconstitutional. “Through this law, a new stage begins in the country. Our girls and adolescents will be protected…and cannot be forced into marriage in their childhood or adolescence,” said Sonia. IJM remains committed to collaborating with the public justice system and civil society groups to ensure children are protected and safe.