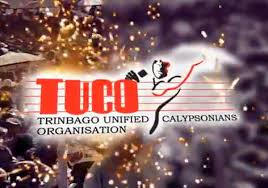 TUO President Ainsley King says the organization is willing to consider selling the Calypso Monarch brand to a private promoter if that is what it takes to get this year’s Calypso Monarch Competition off the ground.

The competition has seemingly collapsed after what TUCO described as insufficient funds to host the competition.

He said TUCO went ahead with plans to fund 8 calypso tents, at a cost of 150 thousand dollars each, in addition to the Extempo and Calypso Monarch Competitions only after Mr Peters assured them that monies will be made available for everything.

However he said now that the monies have arrived, after funding the tents, TUCO will be left with only 300 thousand dollars to put on the Extempo competition, the semi-finals and finals of the Calypso Monarch and award prize monies.

He claims that therefore the competition may have to be cancelled as the money simply isn’t enough.

However he said that TUCO is seeking corporate sponsorship as a last gasp solution but with the semi-finals planned for this weekend, this must ideally be secured within the next 24 hours.

Asked by News Power Now’s reporter, Gregory Mc Burnie, if the idea of collaboration with a private promoter is on the cards, he said this will also be considered.

No new taxes, but Gov’t must collect what they are owed 0