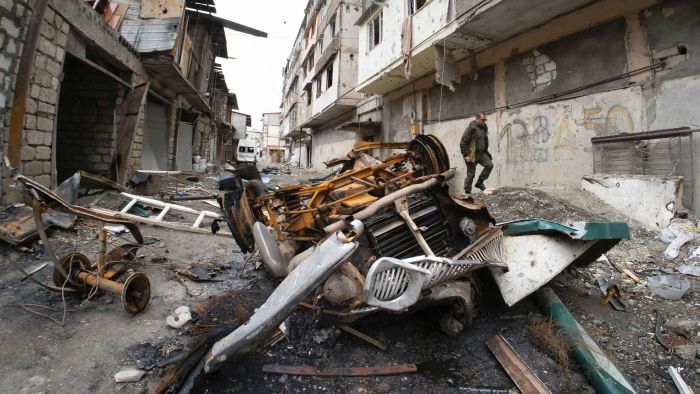 Armenia and Azerbaijan Agree On Ceasefire, Then Break It An Hour Later

A temporary ceasefire between Armenia and Azerbaijan has begun following nearly two weeks of fierce fighting in the disputed Nagorno-Karabakh region.

However, less than an hour into the truce, which came into force at midday local time (08:00 GMT), each side accused the other of breaking it.

Armenia and Azerbaijan also accused each other of bombarding civilian areas ahead of the ceasefire.

The truce aims to enable an exchange of prisoners and the recovery of bodies.

It was agreed earlier after 10 hours of talks in the Russian capital Moscow, which Armenian Foreign Minister Zohrab Mnatsakanyan later described as “rather difficult”.

More than 300 people have died and thousands been displaced since the latest violence in the long-running conflict broke out on 27 September.

Nagorno-Karabakh is run by ethnic Armenians although it is officially part of Azerbaijan.

The two former Soviet republics have blamed each other for the latest outbreak of violence – the worst in decades.