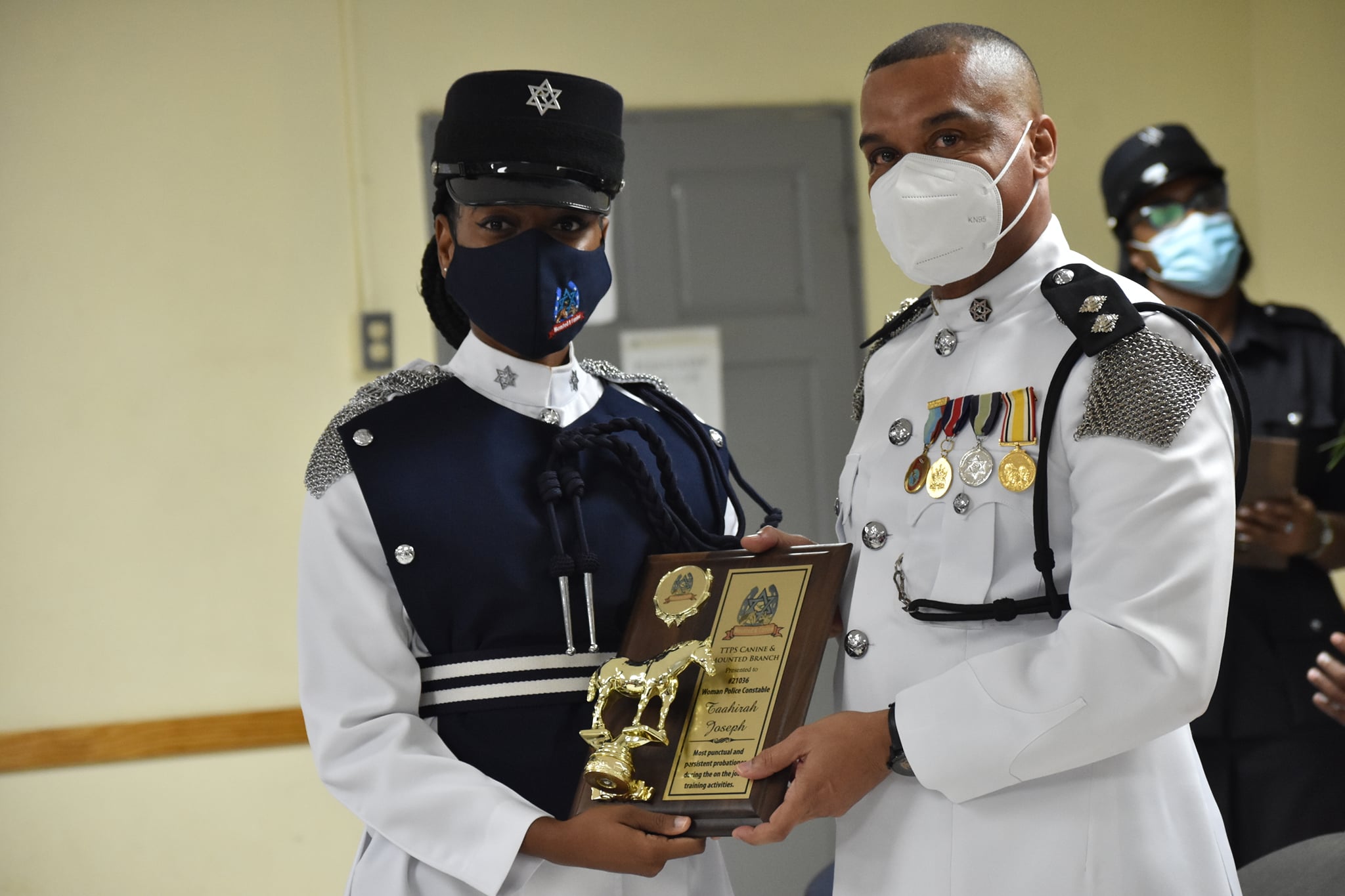 Eight officers of the Trinidad and Tobago Police Service (TTPS) graduated on Friday as Mounted Officers, becoming the first batch of graduates to be awarded accredited Diplomas in Mounted Horsemanship/Stable Management from the Police Academy.

The graduation ceremony took place at the Mounted and Canine Branch, Long Circular Road, St James. The event was moderated by Sgt Phillip and was attended by Commissioner of Police (Ag) Mc Donald Jacob.

The acting CoP, in his feature address, stated that Covid-19 had failed to dismount the spirit and drive of members of one of the most professional Branches within the TTPS. He encouraged the graduates and by extension the Branch to continue to effect positive change in society. “These diplomas you are receiving today are testimony to the high level of training received, the branch has invested in your career and we expect and know you will deliver.” Mr Jacob commended the Police Academy for their role and the graduates for their dedication and wished them the best in their Policing career.

Former head of the Mounted and Canine Branch, Assistant Commissioner of Police (Ret.) Ms Patsy Joseph, gave the graduates some inspiring words welcoming them to Community Policing. She stated how proud she was to see a lot of hard work coming to fruition. She encouraged the new graduates to be the “Beacon for the Police Service”.

Senior instructor Cpl (Ag) Gellineau gave a brief overview of the nine months that the trainees had to endure to understand what it takes to be a mounted officer, as the tasks were not as easy as they seem. He expressed his pride to see the officers graduating and wished them success in the Branch.

Referring to his fellow graduates as family, valedictorian PC Lewis thanked the instructors for their role in moulding them into mounted officers. He stated that during the training, a horse became his best friend refuting the notion that dogs are man’s best friend.

Violence Against Women and Girls: The Shadow Pandemic Affecting T&T 0