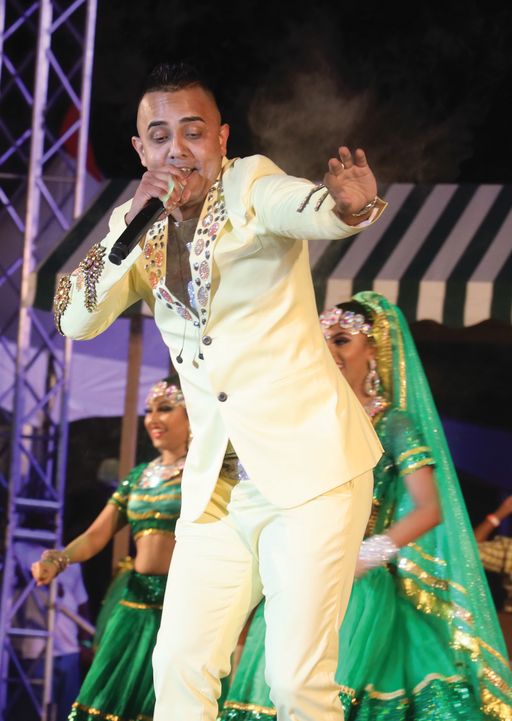 23 artistes will now join GI Beharry to compete for the title of Chutney Soca Monarch 2021.

They are as follows:
NEW YORK
DAMIAN SOOKRAM

The three Canadian artistes who participated were knocked out at the semi final stage of the CSM26 featured over the weekend via CNC3, Sangeet 106.1 and also through various social media sites.
The semi final round has been described as one of the best in the history of the competition, and much of it had to do with the venue at SAPA, South Trinidad, and also of course the fact that the event was able to be pre recorded and packaged for television.
With the cancellation of Carnival announced in August 2020, Southex grasped the opportunity to create something different for CSM, and I think we have been able to achieve that in many ways.

The semi final event featured performances from Canada, New York, Guyana and Trinidad & Tobago, with 36 artistes competing for a place in the Grand Final and for a chance to be crowned the new Chutney Soca Monarch for 2021. A completely new and unique aspect of the competition was the inclusion of ‘live’ comments from judges. All artists were supported by the back-up ‘live’ band, Avatar headed by Kishore ‘Wizzy Ramdath.

In New York, the back-up band was RML Band led by Rishi Lakhan. Guyana was supported by Shakti Strings led by Avinash Roopchand.

All Covid protocols would have been observed at SAPA as approximately 500 performers would have passed through the facility over an 8 hour period.

The Semi Final round of this competition was one of the most competitive in the 26 year history of the show, with artistes really giving their all with dancers and presentations that were befitting of a Grand Final.

Southex said “As we move to the Grand Final on Saturday 13th February, Chutney Soca fans can expect a final with all the frills that they have been accustomed to at the ‘live’ events.
The Grand Final will air via CNC3 and Sangeet 106.1 and will also be available via ‘Southex Events’ on YouTube ‘live’

Senator Obika put out of the Senate 0

Juvenile wants you to ‘Vax that thang up’ 0