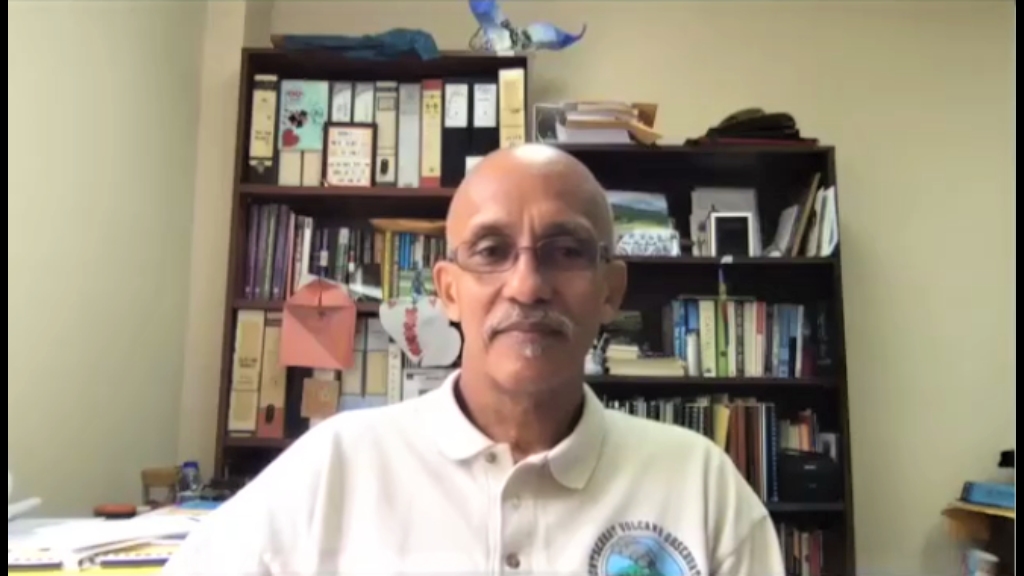 Director of the University of the West Indies Seismic Research Centre Professor Richard Robertson told Barbadians on Monday that they may have to deal with ash from St Vincent’s La Soufriere Volcano for up to a year.

Roberston joined Minister of Home Affairs Wilfred Abrahams during a live emergency update on the La Soufriere Volcano on Monday.

He said that while the possibility that explosive eruptions could continue for a year was not news Barbadians wanted, they could implement measures to mitigate the effects of the ash.

Robertson said the energy observed during the current explosive eruptions of La Soufriere is similar to the 1902 eruptions. Hence, the time span of this explosive state is unclear and can vary from weeks to a year, given past experience.

The Vincentian volcanologist said there may or may not be ash fall, but it seems as though the episodic behavior will continue.

He told Barbadians: As long as La Soufriere is erupting explosively, Barbadians will have ash fall.

“Hopefully for your sake, for all our sakes, this volcano goes back to sleep as quickly as possible but there is no indication currently that it is heading in that direction.

“Fortunately for us in the region, our volcanoes don’t erupt very often, but when they do, we just have to allow them to do what they are doing and take measures . . . . ”