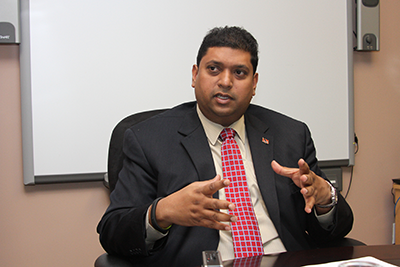 Former Energy Minister, Kevin Ramnarine, says he is not of the view that Venezuela’s strong ties with Russia which is engaged in large scale military invasion of Ukraine will have an impact on Trinidad and Tobago.

This assessment came from Mr Ramnarine while speaking during an interview with News Power Digital on Thursday.

Mr Ramnarine identified the current interest this country has with Venezuela in the energy sector adding there is no Russian connection with respect to the Loran–Manatee gas field.

However, Mr Ramnarine said this country’s foreign policy and those who craft it should be aware of the interest world powers such Russia, China and the United States have in this part of the globe.

Mr Ramnarine was also questioned on the recently held energy conference in Guyana at which  there was no official Trinidad and Tobago presence.