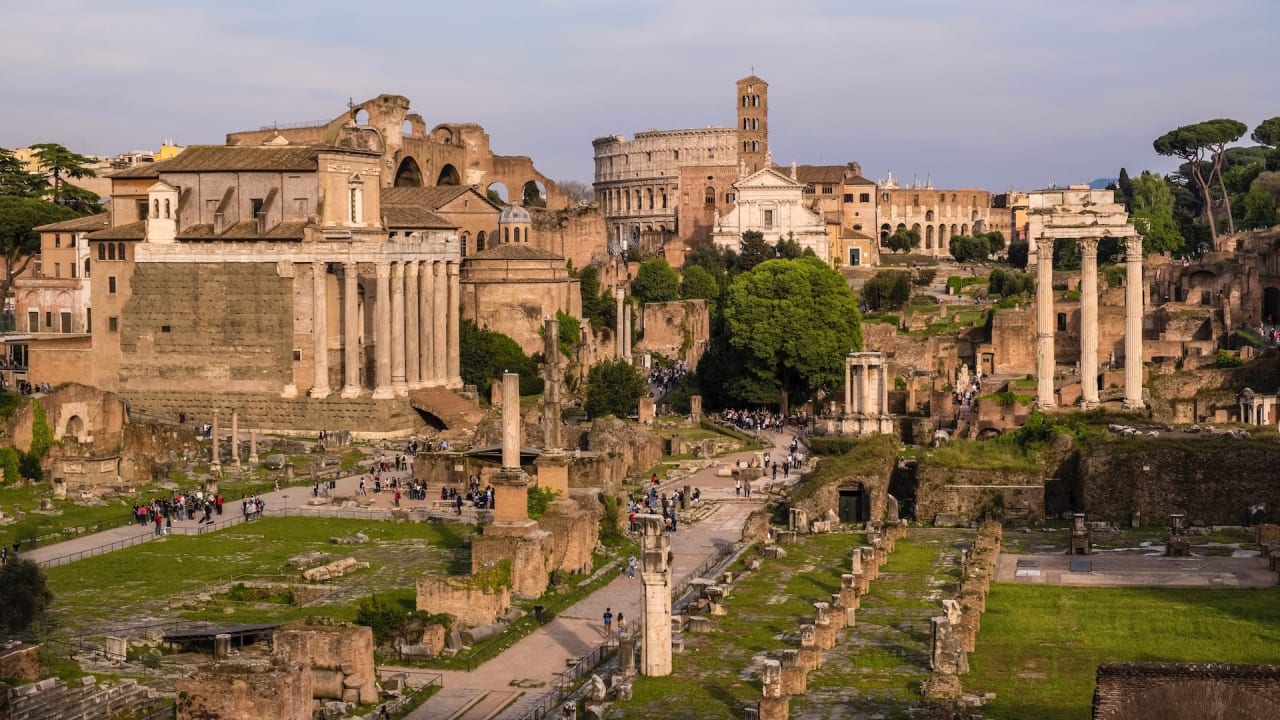 A tourist who stole an ancient relic from a museum in Rome three years ago sent it back to Italy with a letter apologizing for “being an American a ***** e”.

The management of the National Roman Museum was surprised to recently receive a large package from Atlanta, Georgia.

It contained a fragment of ancient marble on which was inscribed the message: “To Sam, (heart) Jess, Rome 2017.”

The package also contained a letter from a young woman named Jess who begged forgiveness for taking something that was not “rightly mine,” according to the Guardian.

The National Roman Museum in Rome recently received a package containing an ancient piece of marble scribbled with the writing: “To Sam, (heart) Jess, Rome 2017.” The package included a letter from an American tourist apologizing for stealing the artifact.

“I feel bad not only for stealing this item in its rightful place, but also for writing on it, It was a big mistake on my part and it’s only now, as an adult, that I realize how thoughtless and despicable it was, ” she wrote.

Museum officials are not sure exactly where the marble was taken from, although it is believed to have originated from the Roman Forum, a site of significant political and religious activity around 500 BC.

“From her tone, we imagine it was a young woman,” Stéphane Verger, director of the National Roman Museum, told Il Messaggero newspaper. “In 2017, she had to come to Rome and took this fragment of marble to give to her boyfriend. “It impacted me precisely because she’s young – she realized she had made a mistake. “

This is the second time in two months that a North American tourist has returned stolen ancient artifacts from a historic site in Italy.

Last month, it was revealed that a Canadian tourist who stole artifacts from Pompeii in 2005 returned them to the ancient city claiming they had given him 15 years of bad luck.

The woman, known only as Nicole, 36, sent a package containing two mosaic tiles, a piece of ceramic and parts of an amphora to a travel agent in the southern Italian town.

She also wrote a letter of confession in which she detailed her flight and its subsequent series of woes, including two cases of breast cancer and financial hardship.

Pompeii was destroyed after the eruption of Vesuvius in 79 AD, covering the ancient city with volcanic ash, preserving it until its rediscovery in the 16th century.

Nicole added that she had learned her lesson to beg forgiveness from God. She said, “I am now 36 and have had breast cancer twice. The last time ended with a double mastectomy.

“My family and I also had financial problems. We are good people and I do not want to pass this curse on my family or my children.

Her package also contained another letter of confession written by a couple from Canada who stole the site in 2005. She said they took the artifacts without thinking of those who suffered from them thousands of years ago.

The ancient city is one of the most visited attractions in Italy and has had to deal with many tourists who loot its ruins. So many stolen relics were returned to the site with letters of guilt that Pompeii officials set up a museum to display them.

Some thieves have even attempted to sell parts of Pompeii online, a brick of the ruins appearing on eBay in 2015.

Museum officials in Rome wondered if the American tourist who returned the marble did so after reading Nicole’s story.