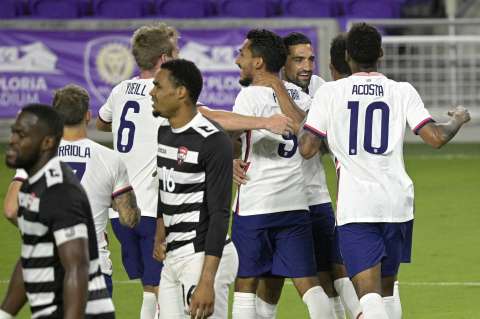 Trinidad and Tobago’s national football team suffered a miserable 7-0 defeat to the United States on Sunday night at the Exploria Stadium in Orlando, Florida.

Paul Arriola, Jesus Ferreira and Jonathan Lewis all scored twice as the USA trounced TT in the friendly international.

The U.S. wasted no time getting on the scoresheet, with Lewis and Ferreira both finding the net inside of 10 minutes to stake the hosts to an early 2-0 lead.

Ferreira, a 20-year-old FC Dallas midfielder, had a goal and three firsts in the first half alone. 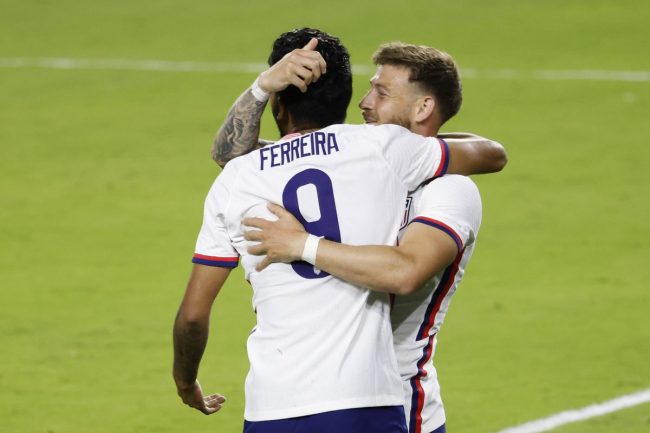 Arriola extended the Americans’ advantage just after the 20-minute mark, burying a first-time shot from a Ferreira assist following a quick-hitting counter-attack by the U.S.

The hosts continued to dominate the remainder of the first half and saw Arriola score again before the break from another Ferreira assist as the U.S. took a 4-0 lead into the dressing room.

Aaron Long, the U.S. captain on the night, set up the first U.S. strike after the restart, heading the ball back across the Trinidad goal that Miles Robinson knocked in for his first career international goal.

Lewis added his second and the Americans’ sixth goal of the night, cutting inside from the left flank and blazing a powerful right-footed shot past helpless Trinidad keeper Adrian Foncette.

The onslaught continued for the U.S. with Ferreira scoring again shortly after the hour mark when he settled a pass into the area from Jackson Yueill with his first touch and beat Foncette at the far post with his second.

Trinidad and Tobago had the chance to score from a penalty in the 65th minute, but Matt Turner, making his debut in goal for the U.S., guessed right on Alvin Jones’ spot kick and made the save to preserve his clean sheet.

Here are the highlights:

Man arrested with gun and ammunition in Palo Seco 0

60 hikers held in Lopinot after residents called the police 2