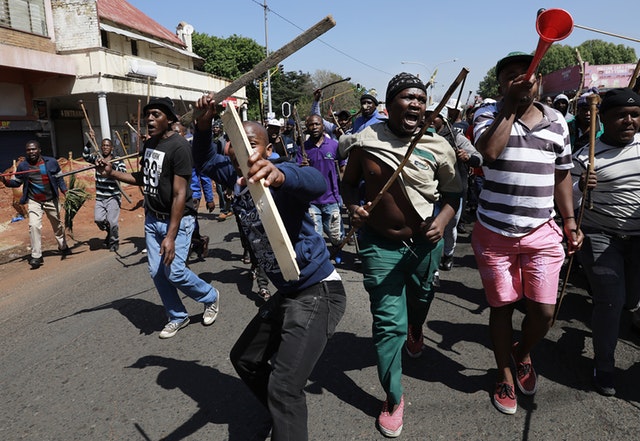 The Ministry of Trade, Industry and Tourism say the on-going turbulence in South Africa has affected trading activities between Malawi and South Africa, expressing fears that bilateral trade may be affected should the turbulence continue.

The turbulence, in which foreign nationals are being attacked in the country, started two weeks ago where over 50 foreign-owned shops, businesses premises, cars and properties were looted and torched.

The attacks are targeting migrants from other African countries, particularly truck drivers and foreign businesses.

Ministry of Trade, Industry and Tourism spokesperson Meyaso Msokera said in an interview on Wednesday the development has led to the loss of business as most traders in the country have been forced to cancel their trips to the country.

He said: “As you know South Africa is one of our trading partners. The ongoing turbulence has actually led to the slowing down of business activities largely in that the attacks have affected the free movement of goods and people.

“Most of our traders who are involved in regular cross-border business cannot travel nor can they access shops and supermarkets where they can do their transactions as some of them are closed and extensively damaged.”

She said businesses are bearing the cost of the unrest as they have been forced to either suspend their trips or more than they had initially planned.

“We have colleagues who are stuck in South Africa and are spending money day in and out to pay for accommodation. Back home we also have colleagues who have lost businesses as they have had to suspend their trips in the processing losing money,” she said.

Msokera is only hopeful that calm and peace will return to South Africa soon.

Available figures indicate that South Africa is among top export destinations for Malawi which when combined with Tanzania and Egypt makes up a 63 percent share of Malawi’s total intra-Africa trade.

In terms of import sources, South Africa is reported to account for about 60 percent of Malawi’s imports yearly.