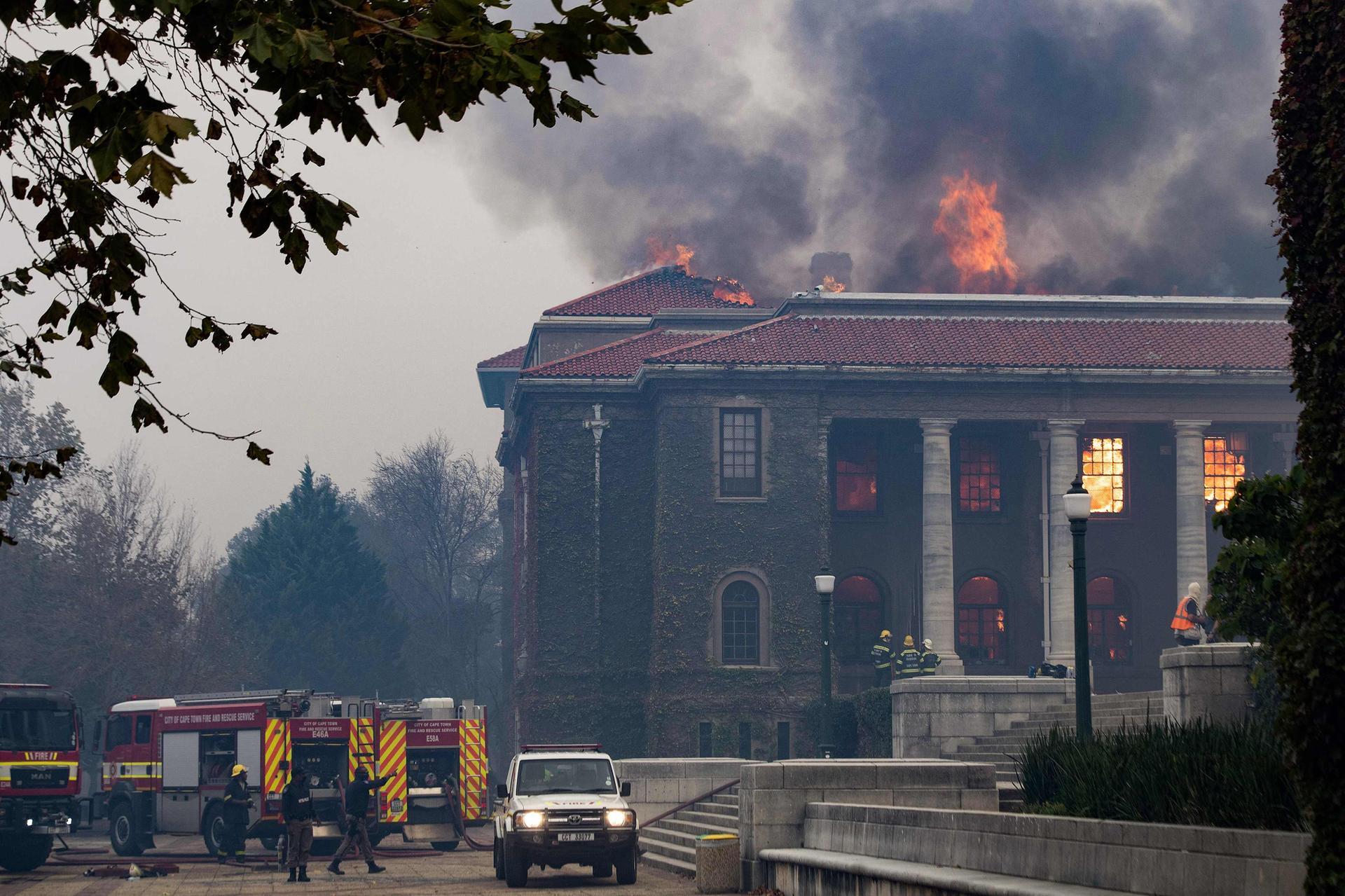 A fire on the slopes of South Africa’s Table Mountain forced University of Cape Town students to move to safety on Sunday, as campus buildings were set ablaze and firefighters used helicopters to bomb the area with water.

One firefighter sustained burns and was taken to hospital for treatment, officials said.The fire started early on Sunday near a memorial to former leader Cecil Rhodes on Devil’s Peak before spreading rapidly up the slopes.

Heavy smoke could be seen for kilometres. Some roads were closed and fire alerts were sent to mountain hikers.

“All UCT students have been evacuated from campus by emergency services support staff,” the university said.

Ranked among the best on the continent, the university is on the slopes of Devil’s Peak, close to where the fire started.

Social media footage showed students milling around on the main road, amid billowing smoke fanned by strong winds. Another video, tweeted by the local government, showed flames raging inside an old building lined with columns.

City officials said they have not asked residents in the popular Rondesbosch suburb and surrounding area to move.

“The situation is being monitored and staff will go door to door in the event that evacuation is required,” they said.