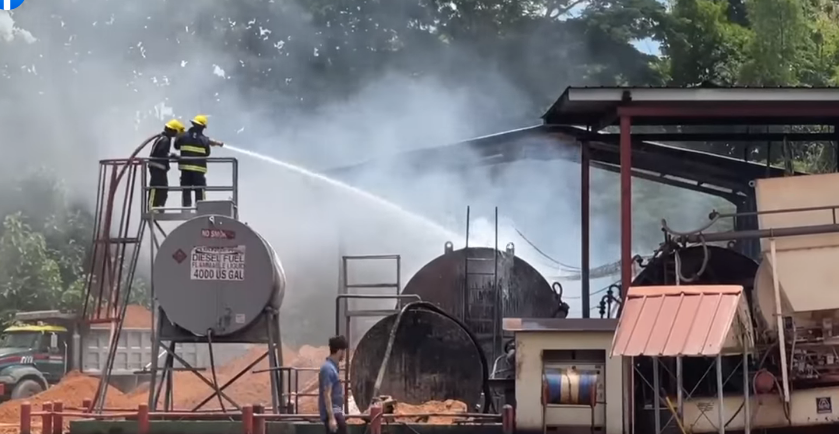 An investigation is set to be launched after a fire broke out on the compound of an asphalt plant run by JUSCAMCO Pavers in Claxton Bay.

Reports state that the incident occurred at around 11.30 am, while members of a maintenance crew were conducting works on the compound.

They were alerted to a fire at the site and firefighters were immediately contacted.

On arrival, fire officials had to use sand along with a water supply from the company to douse the blaze.

Fifteen people who were on hand at the time of the blaze managed to escape without injuries.

Executive chairman of the company, Junior Sammy, speaking to media, said the damage caused by the fire will impact road paving works as that plant supplies the whole of south.

However, Sammy was unable to estimate the losses incurred as a result of the fire.

TTUTA calls for day of ‘rest and reflection’ on Monday 0